As we have mentioned previously, rise of cross-border lending in Asia is a striking trend. While much of the world has seen a retrenchment in international lending following the financial crisis, Asian banks have dramatically increased their international exposure. Even more striking is that in Asia’s financial centers, Singapore and Hong Kong, the increase in international activity has been accompanied by a change in direction of capital flows. 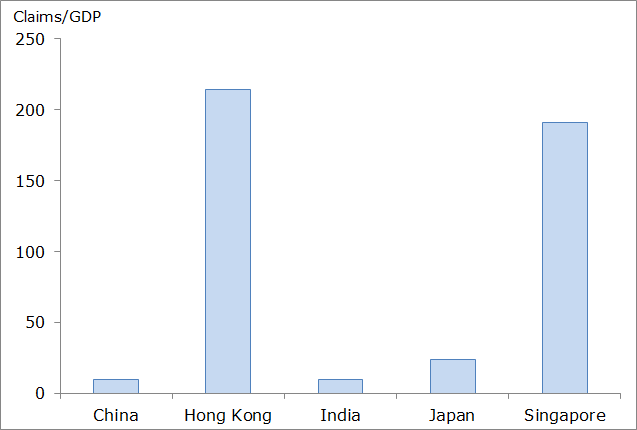 Singapore and Hong Kong have long served as a transit point for capital flowing into and out of Asia. Banks in these two economies have specialized as intermediaries, making connections between Asian borrowers and lenders and the rest of the world (RoW). During much of the 2000s, high savings rates and current account surpluses led to capital flow out of Asia into the rest of the world. However, following the global financial crisis, the nature of capital flows through these financial centers changed significantly.1 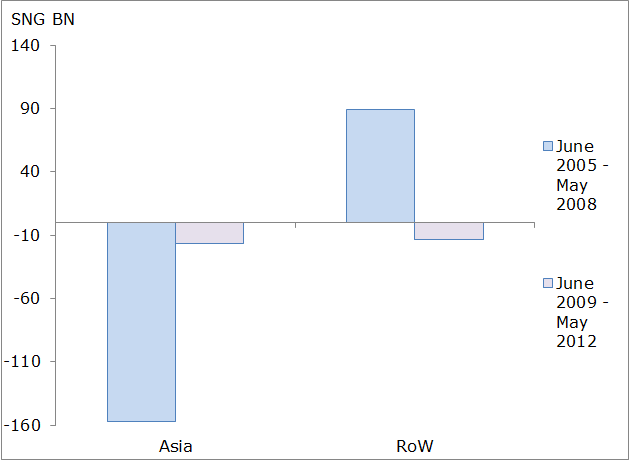 Figure 3 shows the extent of this dramatic shift in borrowing and lending. In the first period between June 2009 and May 2012, Singaporean banks were lending a small amount to emerging Asia on a net basis, around SGD 23.8 billion (USD 19.4 billion). During the second period between June 2012 and September 2014, cross-border lending to emerging Asia grew tremendously, reaching an average of SGD 204 billion (USD 160.0 billion) per month, while borrowing from developed Asia and the rest of the world correspondingly increased. 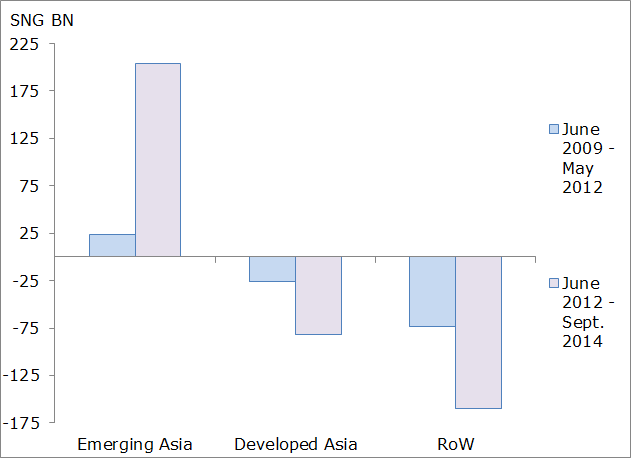 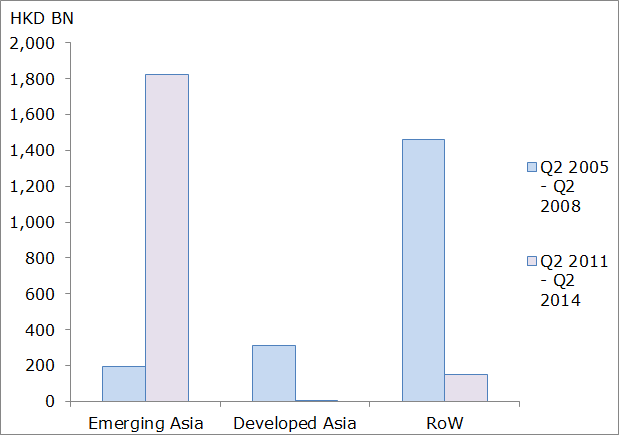 Why did funding patterns in these two financial centers change so significantly? The Monetary Authority of Singapore attributes the shift to “stronger growth in emerging Asia relative to the advanced economies” and the “ongoing search for yield in the current low interest rate environment.” In other words, rapidly developing Asian economies attracted more capital to fuel their growth and investors sought higher interest rates than what was available in the advanced economies.

Given the economic slowdown in Asia, the differences in growth may be less important in explaining the sudden increase in lending to emerging Asia. The growth differential between emerging Asia and the developed economies has narrowed dramatically over the past several years. For example, GDP growth in 2007 was 14.2% in China and 1.8% in the United States, a gap of 12.4 percentage points. By 2014, this gap had narrowed to 5 percentage points. To be fair, investor perceptions of growth, which drive capital flows, may not have fully caught up with this reality.

The latter factor, the search for yield by investors, seems more likely to be a factor behind the shift of capital flows. Zero and sometimes negative interest rates in the advanced economies have led to a large carry trade. Advanced economy investors borrow funds cheaply at home and make loans to emerging Asia where higher interest rates prevail.

Perhaps even more significant is that emerging Asia has undergone a tremendous credit boom while the growth of lending in the advanced economies is tepid. Faced with minimal demand for lending at home, lenders in advanced economies have found plentiful borrowers in emerging Asia. Figure 5 shows the increase in credit to the non-financial sector between 2007 and 2014 by country. 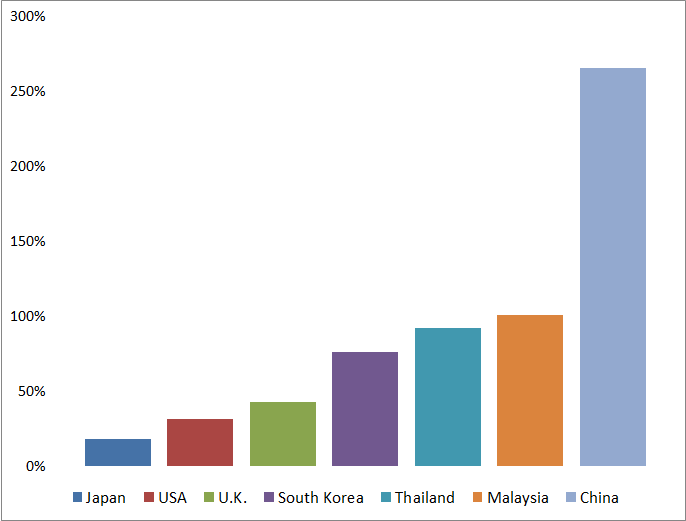 The reversal in the direction of borrowing and lending may prove to be short-lived. Interest rate cuts and slowing credit growth are taking hold in many emerging Asian economies. In contrast, the United States may soon raise interest rates and lending is recovering in many advanced economies. The combination of these factors may lead financial flows in Singapore and Hong Kong to once again change directions. Such a shift could prove disruptive for borrowers in emerging Asia that have grown used to easy access to foreign capital.