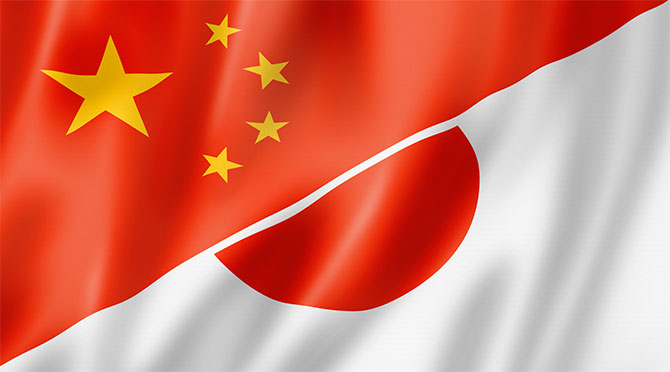 China’s transition to a “new normal” period of slower growth naturally draws comparison to other countries’ historical economic development. Given its recent experience with rapid credit expansion, build-up in real estate, and stock market volatility, some observers wonder whether China faces a “lost decade” like the one Japan experienced following the collapse of its bubble economy in 1989-90. This comparison, while easy to make on the surface, is inappropriate. Invoking Japan’s past as China’s future merely contributes to a misunderstanding of the challenges China does face and a misremembering those Japan encountered a generation earlier.

The China of 2015 does have some fundamental similarities with Japan of the late 1980s. Like Japan before it, China’s rapid modern development relied largely on exports. Credit has grown dramatically, over 100 percentage points since the global financial crisis to over 250 percent of GDP. Asset prices, particularly in real estate, are up significantly over the past decade. Meanwhile, like Japan in the 1980s, China has begun to grow old, with its working age population shrinking after a long period of favorable demographics.

At the most basic level, China is at an earlier stage of economic development than Japan was in 1990. Then, Japan was nearly as rich as the United States on a per capita level—its GDP per capita (PPP) was 80 percent of the United States’. China today has roughly one quarter of the wealth per person as the United States using the same measure. Despite its almost unfathomable number of large cities—over 160 Chinese municipalities have over one million residents—the country expects to continue to urbanize, growing its city-dwelling population from 54 percent as of 2014 to closer to 70 percent by 2025, a level more typical of developed countries. That will mean 221 cities over one million residents by 2025, according to McKinsey Global Institute, with further urbanization expected by mid-century. Japan of 1990 had already exceeded even this level of urbanization, with city dwellers representing 77 percent of its population. China’s still relatively poor status and the need for continued urbanization means further room for catch-up growth and investment in modern cities even amid general rebalance towards a consumption-driven economy.

China’s service sector and consumption levels remain far smaller than those of developed economies, including Japan’s in 1990. China’s service sector represents roughly 48 percent of GDP, 25-30 percentage points below service sectors in modern Japan and the United States. By comparison, Japan’s service sector was already well established by 1990, representing 58 percent of GDP. In terms of consumer spending, China famously consumes a meager level of its GDP, and Chinese policy makers have made great efforts to re-balance economic activity in this direction. As of 2013, consumption represented only 36 percent of China’s GDP, compared to 1990 Japan’s 53 percent; consumption typically plays a major role in developed economies, often representing over 60 percent of economic activity, as it does in modern Japan and the United States. Simply stated, China has room for continued development in urbanization, services, and consumption.

A major contributor to Japan’s lost decade was its banks’ failure to recognize bad assets on their balance sheets. No amount of monetary stimulus, applied in varying degrees by the Bank of Japan in the 1990s, could work effectively if the banks continued to sit on bad assets, allowing failing firms to roll over debt and preventing credit extension to customers more likely to use funding for productive investments.

China, like Japan, depends heavily on its banks to fund economic activity. For an economy where banks dominate the financial system, any failure to recognize large levels of bad debt can cause disruptions in the financing of new economic activity, as banks with bad balance sheets are reluctant to lend to even the most reliable customers. Some analysts assume that Chinese banks are already sitting on credit losses not revealed by headline non-performing loan figures. Ordinarily, a bank recognizes such losses, either in the regular course of its own asset management or due to regulatory requirement, but some China watchers argue that the banks—and their regulators—might be content to sit on bad loans indefinitely.

While we cannot be certain of the exact nature of China’s asset quality, it’s important to remember that China has experienced and responded to a banking crisis in living memory. In the late 1990s, as the Chinese government began a wave of privatizations of state-owned enterprises reliant on the state-directed banking system’s easy credit, the major banks received a massive recapitalization to clean up their large exposures to failing state-owned corporates. In that scenario, the Chinese government initiated a sweeping overhaul of the banking sector, moved bad loans off bank balance sheets into asset management companies, and subsequently restructured the largest banks. No one can predict how any future issues with non-performing loans might unfold, but China’s recent regulatory history gives no indication that banks would be allowed spend a decade in de facto bankruptcy, as many Japanese firms did in the 1990s.

Of course, cleaning up bad debt can only help so much if credit demand is lacking in the broader economy, a problem Japan faced in the 1990s. Fortunately for China, even after its remarkable modern growth period, the economy still has plenty of catch-up development that can generate credit demand. Continued urbanization, an expanding service sector, and a broadening consumer base all offer the opportunity for additional growth.

China undoubtedly faces enormous challenges as it seeks to continue its four-decade-long economic miracle, from financial reform to environmental protection, corruption to income inequality. Economic history provides great insight to those seeking to avoid past mistakes, but before we apply the lessons of old crises to new scenarios, we should make sure we have grounds for comparison. China’s future will likely not look like as much like Japan’s as an initial comparison might imply.