The U.S. Mint produces both circulating and commemorative coins. Circulating coins include the cent, nickel, dime, quarter-dollar, half-dollar, and dollar, and these are the standard denominations used for everyday transactions.

To honor a person, place, or event, the U.S. Mint also administers Commemorative Coin programs. These coins are legal tender, but they are produced in limited quantities and are not intended for general circulation.

View the gallery of U.S. coin designs below. Images courtesy of the U.S. Mint.

Features Abraham Lincoln on the front, and the the reverse features a union shield with a scroll draped across and the inscription ONE CENT.

Features Thomas Jefferson on the front, and the reverse of the 2006 nickel features the classic rendition of Monticello.

Features John F. Kennedy on the front, and the reverse design is based on the presidential seal. It consists of a heraldic eagle with a shield on its breast, holding a symbolic olive branch and a bundle of 13 arrows. A ring of 50 stars surrounds the design, which gives this coin the distinction of having more stars than any other circulating coin.

Dollar coins have been minted intermittently since 1794. Currently, the U.S. Mint produces two series of dollar coins: the Native American $1 Coin featuring Sacagawea (first issued in 2009), and the Presidential $1 Coin Series (first issued in 2007, not shown). In December 2011, the U.S. Mint suspended minting and issuing circulating Presidential $1 Coins, but new coins are available for numismatic purchase from the U.S. Mint’s website. 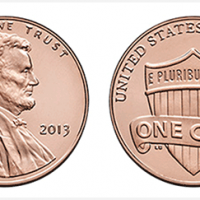 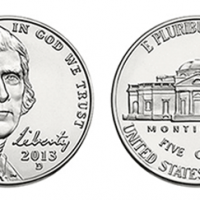 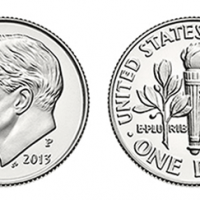 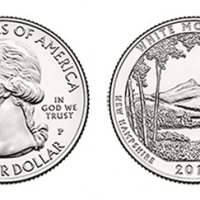 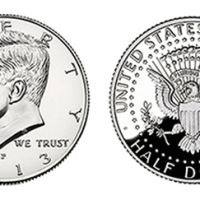 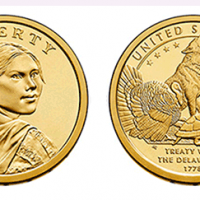