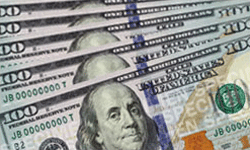 When you receive cash from a bank, you have confidence that the money is genuine U.S. currency. However, that wasn’t always true. Prior to the formation of the Federal Reserve System in 1913, counterfeiting was a serious concern and even being able to get cash from your local bank might have been a challenge, particularly if you lived in a remote part of the country.

Since their inception, the 12 regional banks of the Federal Reserve System have been responsible for a number of important national and regional banking functions, including the distribution of currency and coin and ensuring that the currency is genuine and fit for commerce.

The Federal Reserve Cash Services function is responsible for validating the authenticity of each note, removing and destroying worn or damaged notes from circulation, and turning over suspected counterfeit notes to the U.S. Secret Service for investigation.

In this section, we’ll look at the roles and responsibilities of the two groups that facilitate the smooth flow of currency and coin to financial institutions in the U.S. and around the world: the Cash Product Office (CPO) and Federal Reserve Bank Cash Services.