Reposted with permission from the Robert Wood Johnson Foundation

In his now legendary approach to urban medicine, physician and Robert Wood Johnson Foundation grantee Jeffrey Brenner, MD, pioneered the technique of hot spotting—making block-by-block maps of Camden, N.J., examining residents’ hospital costs and identifying the handful of patients who cycled in and out of those institutions and racked up stratospheric medical bills.
What if America’s hospitals and health systems used similar techniques to identify the nation’s poorest and least healthy communities—and then teamed up with local community development organizations to set them on a path to better health?

David Fleming, a physician who directs Seattle’s public health department, made that pitch recently to members of the Foundation’s Commission to Build a Healthier America. National health reform, he said at the panel’s June 19 Washington meeting, affords an opportunity to nudge health care providers to reach outside their facilities to hot spot areas in need of health improvement. “The solutions to health in this country lie beyond the walls of the clinic and in our communities,” Fleming argued.

Offering an illustration, Fleming pointed to an analysis showing that some census tracts in King County, where Seattle is located, had average life expectancy that was years ahead of the 10 best-performing countries in the world—while others were lagging far behind (see illustration below). 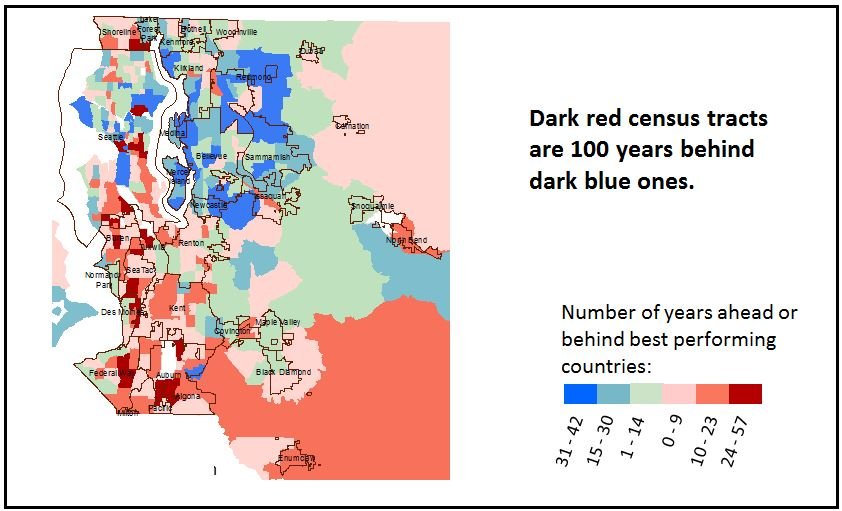 In Seattle and surrounding King County, Fleming said, public health authorities are helping hospitals and health systems hot spot these areas with the worst health indicators to encourage them to make a range of community-level investments. Fleming urged the commission to highlight provisions of the Affordable Care Act aimed at expanding hospitals’ and health systems’ role in population health.  Specifically, the law requires the nation’s nonprofit hospitals to undertake a “community health needs assessment” every three years as a condition of retaining their federal tax-exempt status. Hospitals are also required to draft plans for addressing these local health needs.

Similarly, David Erickson, director of the Center for Community Development Investments at the Federal Reserve Bank of San Francisco, showed the commission “heat maps” of Los Angeles County that demonstrated clear links between local communities’ economic circumstances and health.  As he explained in his written testimony:

“The map on the left shows areas of economic hardship—a concern for community development—and the right map shows area prevalence of childhood obesity—a concern for public health. You can see that the maps are nearly identical. Today, [community development organizations, health-care providers and public health agencies] are working side-by-side in the same neighborhoods and often with the same residents, but we do not know each other or coordinate our efforts.” 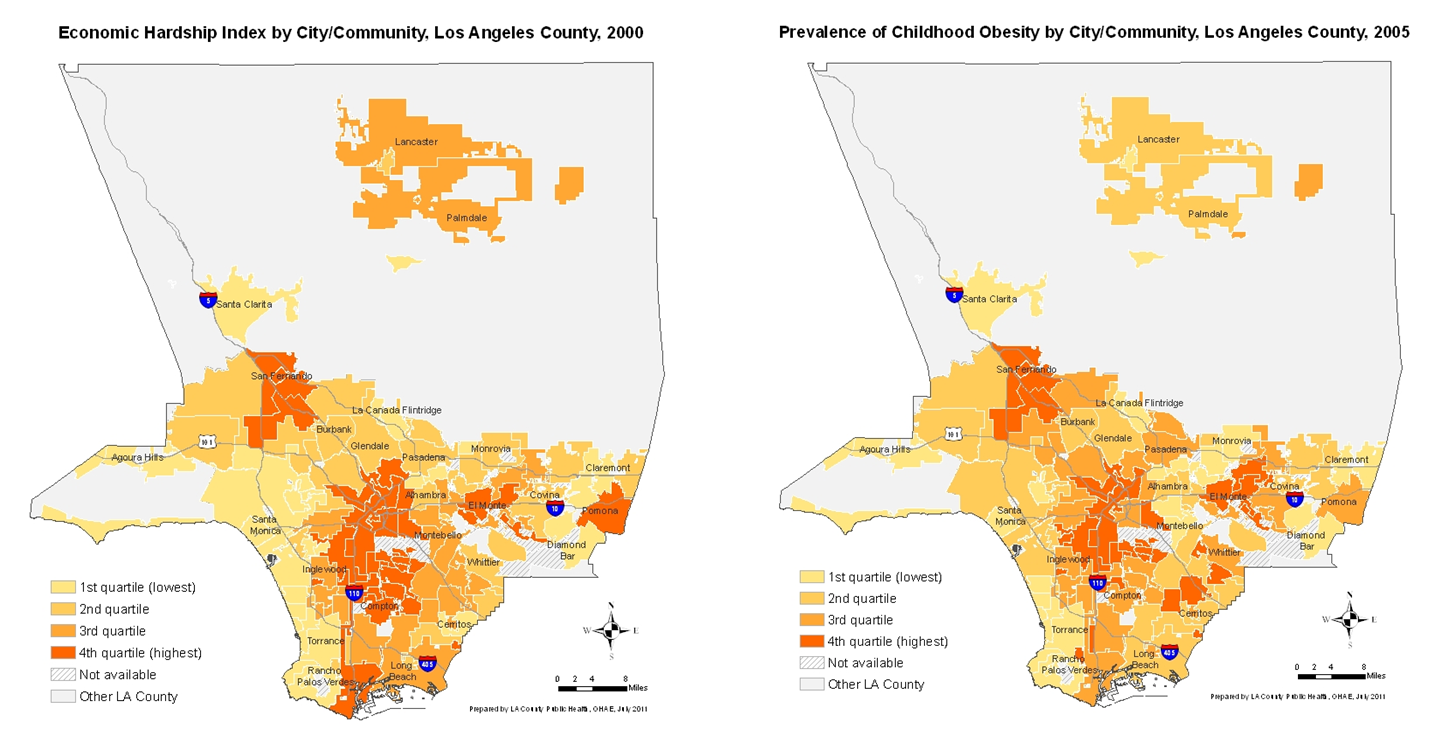 Erickson pointed to examples of programs that had helped forge new avenues for improving health among health care providers, private-sector and philanthropic investors and community development organizations, as follows:

The clear message to the commission is that advancing a community’s health is everybody’s business—not just that of health care providers or public health agencies. “We’re not thinking in silos anymore,” said Laura Trudeau, senior program director for community development at the Kresge Foundation. “All of us are working across every boundary that we can break.”