Latino Communities and the Economy

Representing 31% of the Twelfth District population, Latinos are a vital part of our District’s economy–and the U.S. economy at large. The economic contributions of Latino communities to our country are enormous, wide-ranging, and rapidly growing.

At the San Francisco Fed, we study and share what we’ve learned about the economic impact of Latino communities as part of our commitment to equity. Equity affects economic output, and as such, it’s a core part of our congressionally mandated mission: to promote a healthy and sustainable economy and support the nation’s financial and payment systems.

How Do Homeowner Experiences Vary by Race and Ethnicity? Neighborhood Differences between Hispanic and White Homebuyers
Rocio Sanchez-Moyano, senior researcher in Community Development, shares findings of significant differences between Hispanic and white homebuyers—even when they had similar financial and demographic profiles and were buying homes of the same value within the same metros.

How Do Business Cycles Affect Worker Groups Differently?
Racial disparities in socioeconomic outcomes for the U.S. population are often masked by aggregate statistics. Unemployment rates vary significantly across groups according to gender and race or ethnicity and have different sensitivities to the business cycle, according to research by Evgeniya Duzhak, SF Fed’s regional policy economist. Focusing on jobless rates by demographic groups shows that Black and Hispanic workers, particularly men, are the most sensitive to periods of economic growth and decline.

The Economic Gains from Equity
Inequities that limit the full potential of people of color bear real economic costs for every American. Eliminating labor market disparities by race and ethnicity—which are particularly large between white individuals and their Hispanic counterparts— would result in an aggregate gain to U.S. GDP of $2.6 trillion in 2019.

How Are Racial and Gender Gaps Limiting the Full Potential of Your State’s Economy?
Imagine if racial and gender gaps did not exist in your state. What would be gained? We invite you to explore this question in a new interactive data simulation by Fed Communities, a project that amplifies the Fed’s work in low- and moderate-income communities and other underserved areas across the U.S.

Mothers in a Pandemic Labor Market
COVID-19 disrupted all aspects of life, leading to steep declines in labor force participation across genders, races, and ethnic groups. Mothers experienced sharper and longer-lasting declines than fathers, and participation rates for Black mothers and Hispanic mothers were among the most affected.

Our People are #unreserved 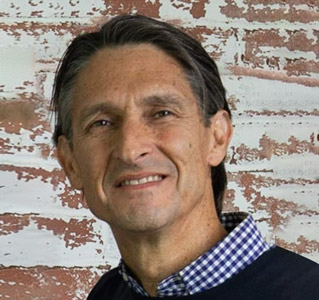 “My experience growing up in Latin America was a principal reason I became an economics major in college and influenced my decision to join the Fed.”

Read Jon Garcia’s story about growing up in the U.S. and Latin America, and how his experiences have led him to his role at the SF Fed. 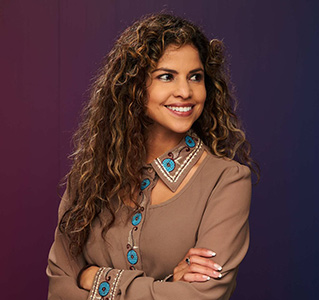 “My family’s experience taught me that it doesn’t matter where you come from, what your race, creed, or upbringing is. Believe in yourself and take every opportunity that is given to you.”

Learn more about Kylie Garcia’s family—a story of hard work, overcoming challenges, and making the most of opportunities.

Richard Argueta-Xiloj: I am Different and It is Okay

Learn about careers at the SF Fed

This Spanish-language 60-Second Explainer video provides a brief review of how higher interest rates can help bring inflation down. Videos and transcripts available in English and Spanish.