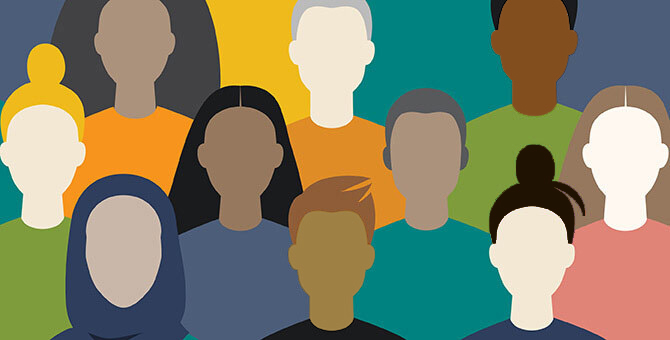 The selected student essays explored topics of economic inequity through different lenses. Born in Barcelona and currently living in Washington, DC, Puig, a macroeconomics PhD student specializing in inequality topics at American University, focused on the impact of monetary policy through interest rates on spending patterns among different types of U.S. households, differentiated by gender and race. Usman, who is originally from Lahore, Pakistan, is a fifth-year PhD candidate in applied microeconomics at University of California, Irvine, whose essay examined whether economic insecurity fuels racially motivated crimes in the United States.

“These essays help shed new light on the impact of gender and racial inequities, which have a real economic cost for every American,” said SF Fed Research Director Sylvain Leduc. “We applaud these students’ contributions to this important area of scholarship.”

The essay contest’s goal of exploring fresh perspectives on these topics is a part of San Francisco Fed’s commitment to better understand the economy’s potential in support of the Fed’s maximum employment mandate.

In studying the effects of interest rates on different types of households, Puig found that demographic groups respond differently to changes in interest rates. This is reflected through different spending patterns between women and men and between Black and white-headed households. Her analysis suggests that households with mortgages, those with women as head of the household, and those headed by white people drive overall consumption responses.

Puig said, “I think it is important to be aware of these distributional impacts to better target policies and ensure that they support the well-being of all people.”

Puig will visit the San Francisco Fed as a Research Scholar this summer to expand her research through working with staff before returning to her doctoral studies.

In her research, Usman focuses on how policies and economic factors can impact the ways in which marginalized people—including minorities, incarcerated individuals, and women—can integrate more fully into mainstream society.

In her essay with coauthor Usman Ghaus, Hina models how economic insecurity affects racially motivated crime. She noted, “The focus of this study stems from a common belief in popular media that non-natives steal jobs from natives and negatively affect the economy.”

Usman will present her work to the SF Fed remotely and continue to refine her research as she works toward completing her doctoral dissertation at UC Irvine and preparing to enter the job market in January 2023.

[On screen text] The San Francisco Fed recently held a national contest for graduate student essays that address the economic impact of gender and racial inequities.

[On screen text] Meet Aina Krupinski Puig, author of one of our selected essays.

I’m originally from Barcelona, Spain, but I’ve lived most of my life in Washington, D.C.

[On screen text] What is your research about?

My research is on the impact of unexpected changes in monetary policy on consumption patterns in the U.S.

[On screen text] What can we learn from your research?

One key takeaway from my research is that demographic groups, such as women and men, or Blacks and whites, are impacted differently by monetary policy.

Promoting equal opportunity and understanding the different impacts of policies can help policymakers create policies that promote economic growth while benefiting all groups’ well-being in society.

[On screen text] Learn more about the essay contest at frbsf.org.

[On screen text] The San Francisco Fed recently held a national contest for graduate student essays that address the economic impact of gender and racial inequities.

[On screen text] Meet Hina Usman, author of one of our selected essays.

[Image of Hina Usman in the outskirts of Lahore, Pakistan.]

I was born and raised in Lahore, Pakistan.

After completing my undergraduate studies from Pakistan in 2016, I moved to Irvine to pursue a PhD in economics from UC Irvine.

[On screen text] What is your research about?

My work focuses on studying policies and economic factors that lead to integrating marginalized populations like minorities, incarcerated individuals, and women into the mainstream society.

In this essay, along with my coauthor we evaluate the role of economic insecurity in affecting racially motivated crimes.

[On screen text] What can we learn from your research?

One key takeaway of my research is that there is always a margin to tweak economic processes and systems to improve the socioeconomic outcomes of marginalized groups.

Now such equity in distribution of resources sets the right incentives for the masses, ultimately ensuring aggregate prosperity.

[On screen text] Learn more about the essay contest at frbsf.org.