How Are Racial and Gender Gaps Limiting the Full Potential of Your State’s Economy? 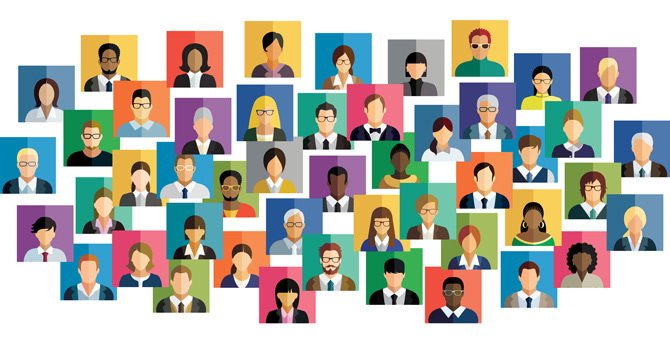 Closing racial and gender gaps is not a zero-sum game.

Imagine if racial and gender gaps did not exist in your state. What would be gained?

We invite you to explore this question in a new interactive data simulation.

Adapting methodology from The Economic Gains from Equity, a recent working paper co-authored by SF Fed President and CEO Mary C. Daly, this simulation answers the question: what would be gained if racial and gender gaps didn’t exist in the economy?

Factors such as one’s talents, strengths, and hard work are essential to each person’s success in the economy, but this is just the beginning of the story. Broader societal factors that disproportionately affect groups by race/ethnicity1 and gender play an important role in whether people can realize their full individual potential. These factors are reflected in labor market data, which show higher average economic outcomes of white men relative to women and people of color. These disparities are shaped by an array of societal forces and structural barriers to success.

In this thought experiment, we use 15 years of data to simulate an economy without racial or gender disparities. We consider four key measures:

Looking at 15 years of data from the past for each U.S. state and Washington DC, we estimate the amount by which aggregate output would have increased annually if racial and gender gaps did not exist. Using the labor market variables listed above, we calculate the baseline labor component of aggregate gross domestic product (GDP) in the economy for each state and then simulate additional GDP gains from closing the gaps as follows: In cases where there was a gap between these measures for each race and gender group and that of white men, we bring up the level of that measure as a way to simulate closing the gaps. To simulate closing gender gaps only, we level-set to same-race men, and to simulate closing racial gaps only, we level-set to the value of whites. We do not employ a general equilibrium model, and our simulated measures are not intended to holistically describe state economies. Detailed methods are provided on the simulation page.

A look at the Western United States

Across the nine western states that comprise the Twelfth Federal Reserve District, we find broad economic gains in this simulation. Closing racial and gender gaps would have increased annual output by the following:

It is important to note that these gains, of course, differ in size based on the population of each state and its unique demographic profile, so we aren’t focused on making comparisons across states or across gaps. Instead, the takeaway is that regardless of geography, the economy is better off when everyone can fully participate.

In addition to seeing GDP gains for each state, our data simulation tool lets users download data for key measures by gender and race, which enables further local action that builds on this thought experiment.

What does it mean to close the gaps?

A vast body of research indicates that the key measures we included in our simulation are a product of many other intersecting factors that constrain economic outcomes across racial and gender lines, and that addressing those factors will help close the gaps, increase our economic output, and enable future prosperity. These factors include gaps in neighborhood conditions that constrain opportunities, hiring and workplace discrimination, and lack of supports that enable workforce participation such as quality jobs and living wages, child care, stable schedules, and paid leave.

While there is no one solution that will close these gaps, there are many policy and programmatic solutions that can be implemented on institutional and societal levels. These solutions are best designed with and for those who have faced the greatest structural challenges. Myriad actors in the public and private sectors, including institutions, philanthropy, and policymakers, are needed to implement creative and cross-cutting strategies to ultimately enable an economy that works for and benefits everyone, and at the SF Fed, we are committed to doing our part.

The challenges of the pandemic have brought to the forefront the often-invisible forces that drive race- and gender-based disparities. This awareness allows us to intervene and change course. A key aim for the simulation tool is to spur conversation and action to address the factors that constrain opportunity by race and gender and ultimately hold us all back. This tool underscores that all Americans stand to benefit from an economy that works for everyone and enables all to realize their potential.

Bina Patel Shrimali is the research manager for Community Development at the Federal Reserve Bank of San Francisco.

Naomi Cytron is the Northern California regional manager for Community Development at the Federal Reserve Bank of San Francisco.

1. For simplicity, we refer to “race/ethnicity” in the simulation as “race.”