A framework for conversations about regional equity, its economic impacts, and considerations for policymakers. 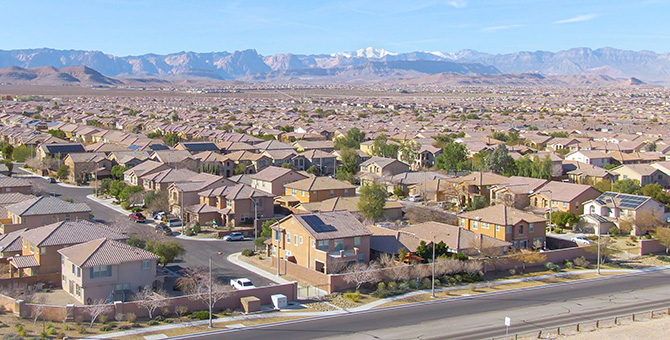 What is regional equity?

In the context of the San Francisco Fed’s work, equity refers to the idea that all people can fully contribute their talents and skills to participate in and benefit from the economy, regardless of their race, ethnicity, geographic location, or any other demographic factor. At the San Francisco Fed, we study underlying conditions that shape people’s access to opportunity as part of our mission to promote a healthy, inclusive, sustainable economy and support the nation’s financial and payment systems. Where people live—i.e., what cities or neighborhoods are affordable to them—within a region such as the Bay Area, the Inland Empire, the Seattle metro area, or the Salt Lake City metro area affects their starting point for economic participation.

Where people live within a region affects their starting point for economic participation. Studying regional equity helps us understand barriers people face to participating in the economy, such as by having a job or starting a business.

Regional equity is the set of interrelated factors that affects opportunity and economic participation in regions. Notably, access to quality schools, affordable homes, and convenient, affordable transportation options help shape people’s access to jobs, household financial stability, and long-term career paths. Studying regional equity helps us understand barriers people face to participating in the economy, such as by having a job or starting a business.

How regional equity impacts the economy

Research suggests that equitable regions produce better economic outcomes, in addition to their benefits for individuals and communities. In a 2015 study, Chris Benner and Manuel Pastor observe a positive relationship between the ability of a metropolitan region to sustain job growth and indicators of higher levels of regional equity, such as having lower income inequality, less residential segregation, lower barriers to regional governance, and less of a divide in poverty rates between cities and suburbs.1 Another recent study on smaller regions by Amanda Weinstein, Michael Hicks, and Emily Wornell found a positive relationship between quality of life investments in amenities such as schools and transportation options, and growth in employment and population.2, 3 One of the largest challenges for efforts to increase regional equity is balancing jobs and housing.

With fewer options for remote work, lower income households face increasingly steep tradeoffs between long commutes and affordable homes. Housing and job markets exist at a regional level—that is, decisions made in one jurisdiction affect outcomes in the whole region. Cities often encourage job creation without allowing enough housing to be built for people at all income levels or dedicating adequate resources to affordable housing.4 Many large cities lack housing that people in lower-wage jobs can afford, and for low- and moderate-income populations, wages are not meeting the cost of housing near jobs.5

The effects of zoning

Zoning that limits housing production to primarily large lot, single family homes creates a patchwork effect, where some cities in a region are less affordable enclaves, and others have a population with a greater mix of incomes.6

Research shows that zoning laws that prohibit townhouses, duplexes, apartments, and condos in most areas of a city were originally designed to exclude racial minorities.7 Today, the legacy of these laws continues to limit access to housing and good schools in certain cities and neighborhoods for low-income people and people of color.8 Although mortgage lending discrimination by race was outlawed in the 1970s, the legacy of these practices persists. People of color are less likely to inherit wealth through housing and are less likely to have access to opportunity-rich neighborhoods.9

Some cities and states have been working towards more inclusive zoning with increased variety in the size and type of homes—apartments, townhouses, duplexes, condos, etc.—which affects affordability, but housing shortages continue to impact regional economies. Many lower-wage workers face choosing between overcrowded housing, long commutes within a metro area, or even longer commutes from a more affordable metro area.10 A San Francisco Fed study of housing displacement in the Bay Area finds that low-income people facing constrained moves often relocate to places with less opportunity and fewer amenities.

The difference in poverty rates across different cities and towns within a region is one indicator of regional equity. The number of people with incomes below the federal poverty line in suburbs surpassed the number in big cities in the 2000s, despite poverty rates remaining high in many big cities.11 As my research with my coauthor Margaret Weir shows, some suburbs have seen substantially more growth in poverty than others.12 This unevenness signals differences in opportunity that present challenges for regional equity. In metro areas in the Western U.S. served by the San Francisco Fed, we find that poverty rates have grown primarily in large suburbs with populations over 50,000. This matters because in comparison to larger cities, these large suburbs often lack infrastructure and resources needed to address poverty. However, they also have direct access to certain federal funding sources such as the community development block grant (CDBG).

Importantly, growing need in suburbs does not negate the need for community development activity in low- and moderate-income communities in big cities.

Yet with some exceptions, the community development institutions and funding sources that serve low- and moderate-income communities and communities of color have been slow to follow the increase in suburban poverty. This is partly due to institutional inertia—nonprofits and philanthropy tend to work where they already have roots and a base of operations in big cities—and partly due to the challenges in identifying and reaching low-income populations in suburbs.13 Systems for delivering services from the public and philanthropic sectors developed in the 20th century remain rooted in urban areas, even as poverty has grown in the suburbs across the country.14 The COVID-19 pandemic has spurred the growth of some social service programs online or at mobile pop-up centers, but many will remain in person at their permanent locations. Importantly, growing need in suburbs does not negate the need for community development activity in low- and moderate-income communities in big cities.

A study of the suburbanization of poverty in the Western U.S.

Our recent report does a deep dive on poverty rates in different types of suburbs in fourteen metropolitan regions in the Western U.S. The Western United States, with its history of suburban development, has seen significant but not uniform suburbanization of poverty:

What the data on poverty rates within metropolitan regions tell us

In several metro areas in the Western U.S., the share of the population with incomes below the federal poverty line living in large suburbs matched or exceeded the largest city in the region.

In a few regions in our study, the largest share of people experiencing poverty lived in unincorporated areas.

Not every region we studied in the western states had more people experiencing poverty living in suburbs than in big cities. This is due in part to their unique governance structures and jurisdictional geographies, such as how much of the developed part of the metro area the main city and/or county government encompasses. In several regions in our study, the largest city continued to be home to the largest share of people experiencing poverty.

Why do these patterns of poverty growth in suburban areas matter?

First, they demonstrate the unevenness of the suburbanization of poverty. New concentrations of poverty in more affordable suburban jurisdictions can create new challenges for equity and community development. For example, the responsibility of providing equitable access to housing and transportation to support the regional economy is not shared evenly across jurisdictions, despite shared benefits.

Second, they shed light on what the governance opportunities are in regions. For example, regional organizations seeking to coordinate efforts could consider how many jurisdictions there are with large low-income populations and what resources they have access to based on their size and incorporation status. Currently, unincorporated areas compete with one another and with small suburbs for federal community development funding within their county. They often lack the transportation options of larger jurisdictions that help low- and moderate-income populations access jobs and services, and they do not have a city government that can apply directly for grants and technical assistance from the state and federal government.

At the San Francisco Fed, we are committed to identifying opportunity gaps and sharing strategies for regional equity through our research and engagement work. Here’s what we’ve learned so far.

Regional collaboration among the public, private, and nonprofit sectors can help ensure equitable access to healthy and resilient communities, by investing in infrastructure such as public transit, bike and pedestrian facilities, parks, and street trees, particularly in more affordable suburbs where these may be lacking.15

Regional collaboration can also help address regional equity issues such as housing affordability and transportation options to provide access to jobs and services in all types of metro areas.

Identifying where low-income populations are located within a metro area relative to different types of jurisdictional boundaries is a first step towards understanding regional opportunity gaps that affect regional equity. Our team’s ongoing engagement and research in this area includes sharing this data with our local stakeholders and conducting further research on geographic patterns of nonprofit service provision.

For more, read our profiles on metro area poverty trends in the Western U.S.

Elizabeth Mattiuzzi is a senior researcher in Community Development at the Federal Reserve Bank of San Francisco. Her research focuses on the impacts of land use planning and governance in metropolitan regions on housing affordability, climate resilience, and economic opportunity for low- and moderate-income communities and communities of color. She holds a PhD in City and Regional Planning from the University of California, Berkeley.

6. Schafran, Alex. 2018. The Road to Resegregation: Northern California and the Failure of Politics. Berkeley: University of California Press.

9. Rothstein, Richard. 2017. The Color of Law: A Forgotten History of How Our Government Segregated America. New York: Liveright.

15. Pastor, Mauel, Chris Benner, and Martha Matsuoka. 2009. This Could Be the Start of Something Big: How Social Movements for Regional Equity Are Reshaping Metropolitan America. Ithica, NY: Cornell University Press. pp. 24-25.