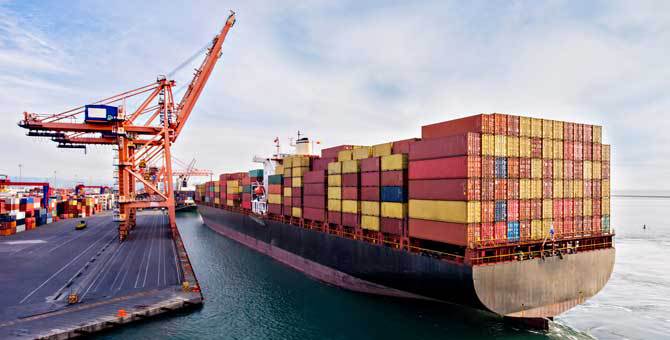 It’s no surprise to any business in this economy: inventory and staffing are in short supply as prices continue to rise. The Federal Reserve’s 12th District is especially susceptible to these trends due to its tourism-dependent states, migration patterns, diverse workforce, and being home to several coastal ports. Here’s a deeper dive into the factors driving these conditions in the District during the third quarter 2021.

A look at labor

Unemployment rates in the 12th District

State-by-state unemployment varied tremendously. As of October 2021, California and Nevada tied for the highest unemployment rates in the District and the nation, and Hawaii and Alaska are not far behind. These states are most dependent on tourism, which remains depressed. That said, there are differences even among these high-unemployment states. Notably, Nevada and Hawaii had larger job losses and larger shares of workers leaving the labor force than California. Hence, their unemployment rates understate the labor-market disruption they’ve faced relative to California.

At the other end of the spectrum, Utah and Idaho, which experienced fewer job losses and are migration magnets, continued to report unemployment rates below 3%—the second- and fourth lowest in the nation, respectively.

Job openings in the 12th District

Labor shortages may have been more acute in some District states than in others. For instance, there were more job openings than the number of people unemployed in states like Utah, Idaho, Oregon, Alaska, and Washington, implying tighter labor markets. Meanwhile, there were more seekers than openings in places like Hawaii, California, and Nevada. (See Figure 1.) Part of the reason for this is a mismatch between job openings and the jobs from which workers were laid off. Nationally, most openings are in the professional/business services and health services sectors, while most job losses were in the leisure/hospitality sector.

Businesses also reported increases in supplier delays as supply chain problems increased. According to the Census Bureau, more than half of the small businesses they surveyed reported supply production or shipping delays as of mid-November 2021, up from one-third a year earlier.

According to the Beige Book, the Retail Trade and Services sector supply chain hurdles continue to impede inventory building across the 12th District, which retailers highlighted as a risk going into the holiday season. In addition, vehicle sales were also hindered by the supply chain gridlock as semiconductor shortages and other ongoing disruptions currently impact the sector.

The concerns about the global supply chain and labor shortages affected banker sentiment in the third quarter, as demonstrated by a recent BankDirector survey (pdf, 1.13 mb). Approximately 88% of bankers replied ‘yes’ when asked if their bank’s customers had concerns about supply chain or labor shortages; however, only 4% were concerned that it would result in loan repayment problems.

For more details on economic and banking conditions across the District, visit the full First Glance 12L 3Q21 report.