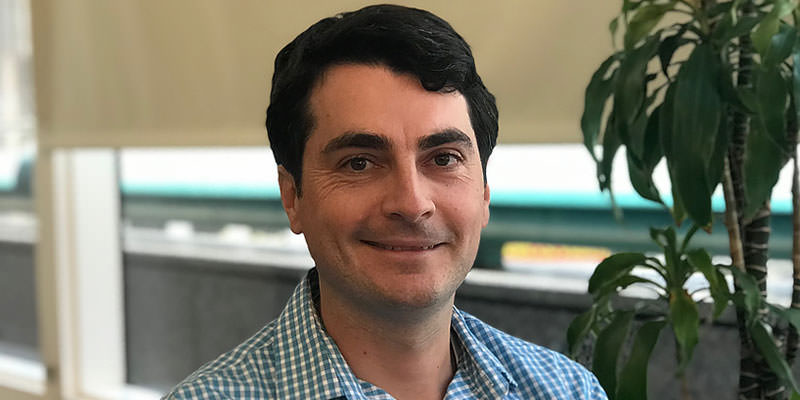 Sometimes a small decision we make in adolescence determines the course of our lives. It happened for Sean Creehan in high school when he decided to try a new language course: Mandarin Chinese.

“It was really hard. But I had a sense that China was important, even in high school,” he recalls.

Creehan continued studying Mandarin in college at Harvard. That led to an opportunity to cover Southwest China for the student-produced travel guide, Let’s Go. He spent three months exploring the rainforests of Yunnan and craggy mountains of Guizhou.

“I feel like it was when I became an adult,” Creehan says. “No life lines. Operating in a foreign language. There would be weeks where I was the only foreigner.”

Creehan got used to standing out in the crowd.

“You get a lot of stares,” he explains of the attention he’d receive as a foreigner in some of the more remote locations he visited. Fortunately, most of the looks were friendly.

The 2004 Summer Olympics were going on in Athens, and friendly strangers were always updating him on the US versus China medal count as he walked down the street. This spirit of shared humanity in international competition stayed with Creehan, and still influences his work as an Asia analyst for the Federal Reserve’s Financial Institution Supervision and Credit division.

“In my career I want to make an impact promoting peaceful relations and will look for win-win situations,” Creehan says. “At the Fed we are looking to promote financial stability, and our mandate relies on our counterparts in other countries.”

Creehan’s career wasn’t a straight line from the Yunnan jungle to the Fed’s San Francisco office.

After completing his Let’s Go stint, Creehan moved to Beijing for a postgraduate fellowship at Peking University. He gained a new perspective on the world by re-learning world history from the Chinese perspective. At the same time, Creehan took an internship with the US Embassy, where he promoted the import of US goods and services to China for the Department of Commerce’s Foreign Commercial Service.

Next came an internship for a consulting firm that helps businesses looking to invest in China. Creehan was fascinated by the variety of challenges facing companies and investors operating in China and the long-term commitment required for success. This lesson was driven home by his firm’s work supporting the early stages of Disney’s effort to create a theme park in mainland China, Shanghai Disneyland (its grand opening came more than a decade later, in 2016).

The mid-2000s were a dynamic time to be in Beijing. China had only recently joined the World Trade Organization and the pace of change was dramatic.

“The economy was opening up more to foreign investment, and to trade. I was really excited to be involved in US-China trade and the economic relationship,” Creehan recalls.

Returning to the United States, Creehan called New York City home. He worked for a couple of consulting firms, researching and advising on emerging markets, including China. When the 2008 financial crisis hit, Creehan didn’t lose his job, but he figured it was a good time to get the graduate degree he’d been meaning to pursue.

Creehan went to Johns Hopkins School of Advanced International Studies and earned a master’s in international economics and public policy. New degree in hand, he imagined he’d work for the State Department, the Central Intelligence Agency, or some other Washington, D.C. organization involved in foreign policy. But then Creehan spotted a listing on the graduate school job board that piqued his interest: The Fed was hiring Asia experts—in San Francisco.

“I realized it was good fit given my background and interest in economic relations between Asia and the United States,” Creehan says. “Also, I was excited about the idea of California!”

Although he grew up in the Boston area, Creehan’s father hails from California and he had visited often as a child.

“I have memories of going to Yosemite and rafting down the Truckee River in Lake Tahoe,” he says.

Because the Fed needed someone to research Japan, Creehan shifted his focus from China and began learning all about the island nation. Soon after, he added India as a focus area. Out of all the research he’s pursued, two topics most fascinate him:

Creehan has worked hard to share his interests and insights beyond the Fed. To reach a broader audience, he co-created the Pacific Exchange Blog, to which he regularly contributes. Once the blog built an audience, Creehan was instrumental in spinning it off into the Pacific Exchanges podcast, which he co-hosts. Guests include policymakers, experts, academics, economists, investment managers, and business leaders.

“It’s about creating a conversation and trying to move beyond the notion of the Fed as this opaque body that meets a few times a year and set monetary policy,” Creehan says.

The podcast has allowed Creehan to stretch into new skill areas.

“It’s a chance to practice public speaking, and to think about how to communicate complex financial and economic concepts to an audience in a way that’s relatively accessible. More than anything, it’s been an experience in accepting what it feels like to be a true beginner at something and gradually improve,” Creehan says.

“The first few episodes had good conversations but we were a little raw. Being comfortable with that and then getting better has been a fulfilling experience,” Creehan says. “I’m grateful to the Fed that the Country Analysis Unit has this platform.”