The Fed Gallery: Your Central Bank in Focus is a permanent installation at our Los Angeles Branch that uses interactive technology and vivid graphics to highlight the Federal Reserve’s role in the United States economy. Various displays focus on cash and check operations, bank supervision, and monetary policy. The gallery includes a pachinko-style game in which the participant rates the safety and soundness of a particular financial institution, a money wheel that asks visitors to identify counterfeit notes, and a currency display featuring historic and rare notes. 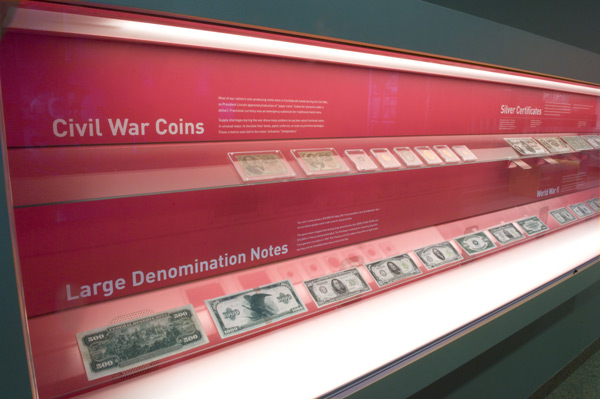 Before entering the Gallery, visitors can stop by this display to see some of the most rare and valuable currency in the United States. On display are authentic $500, $1,000, $5,000 and $10,000 bills which the government discontinued in 1946. Beginning in 1969, these notes were pulled from circulation as checks became the dominant form of large dollar transfer. 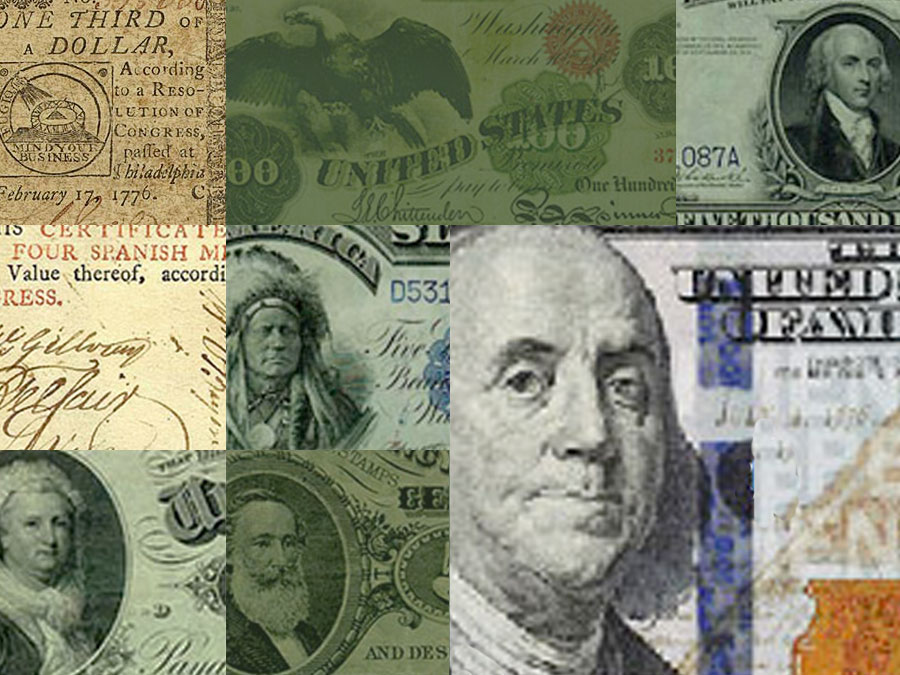 Life of a Bill

How long does cash last? What becomes of a bill once it’s “spent?” Here, visitors learn fun and fascinating facts about their money: did you know a $1 bill lasts an average of 22 months before it is so worn out it is taken out of circulation? Compare that to a $100 bill which lasts nine years. Worn notes are shredded at the Los Angeles Branch – about $45 million per day – and replaced with currency that is fit for circulation. 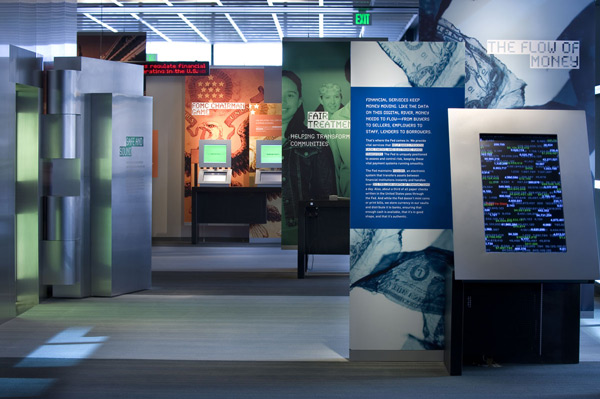 The Flow of Money

Every day billions of dollars in cash, checks, and wire transfers pass through the Federal Reserve. When visitors touch a glass-screen virtual waterfall, scrolling numbers part to reveal various facts about the payments system—for example, every month 47 million Americans receive social security deposits or checks through the Fed. 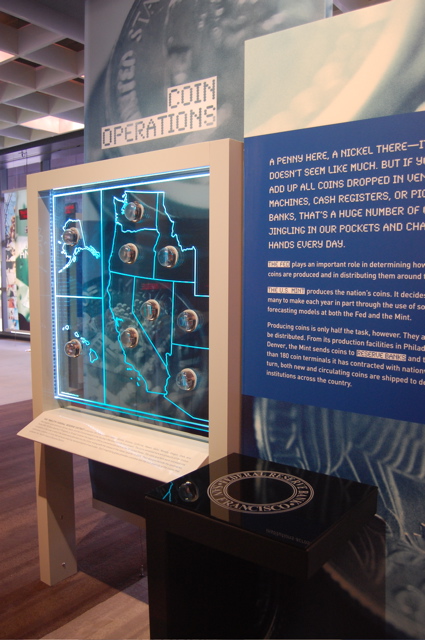 A penny here, a nickel there—it doesn’t seem like much, but when you add up all the coins in vending machines, cash registers and piggy banks, that’s a huge number of coins changing hands everyday. Visitors here get an opportunity to learn more about the Fed’s role in distributing coins and explore an etched glass map of the 12th District featuring a magnified State Quarter within each 12th District State. 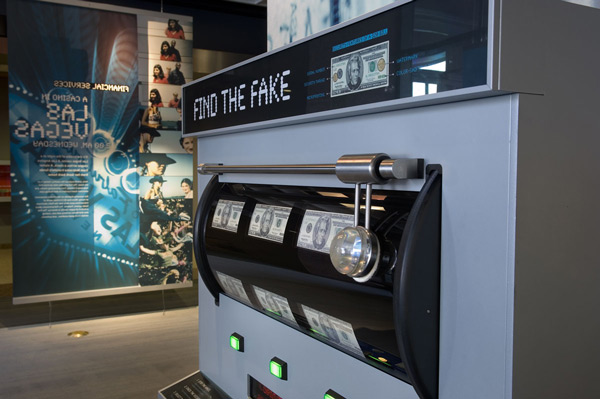 Can you spot a fake? Here at the Los Angeles Branch, specially trained employees inspect bills to find potential fakes and take them out of circulation. Test your dollar savvy at this exhibit to make sure you’re able to identify security features on U.S. currency. 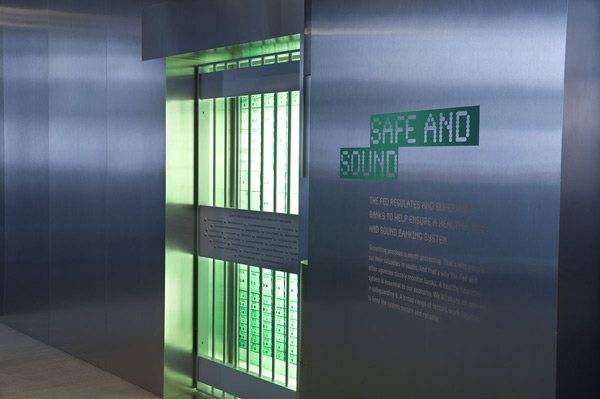 When customers walk into their bank, they need to know that their money is safe. Exhibits in this area focus on the supervision and regulation duties of the Federal Reserve, helping visitors understand the market forces that regulate banks and how the Fed examines capital, asset quality, management, earnings, liquidity, and sensitivity (C.A.M.E.L.S.) to ensure that banks manage their risk. Visitors can test their skills as bank examiners using a pachinko-style game to determine the relative risk or safety and soundness of banks.

Also in this area, a visitor station features case histories on community investment and fair lending that illustrate banks’ roles in community revitalization. 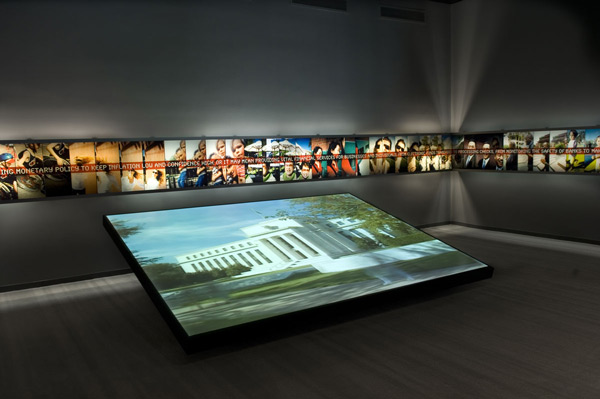 How does the Federal Reserve influence the nation’s financial system to promote a healthy economy? Setting monetary policy is one of the Fed’s most important and visible roles because its decisions have the potential to affect our nation’s economy. Touch screen computer games feature an interactive Fed Chairman game wherein visitors set the target federal funds rate and watch their decisions play out on the economy. In an adjacent room, a floor-mounted ten foot screen plays a short video on the Federal Reserve.