San Francisco, California — The Board of Directors of the Federal Reserve Bank of San Francisco has appointed Tracy Basinger executive vice president and director of Financial Institution Supervision and Credit Division (FISC), the Bank announced today. In this capacity, Ms. Basinger will oversee bank supervision and regulation for bank holding companies, state member banks, and foreign banking organizations throughout the Twelfth Federal Reserve District, and the provision of liquidity to the payment system by extending credit through the Fed’s discount window. Ms. Basinger’s appointment was confirmed by the Federal Reserve Board and is effective July 1, 2017. She will also become a member of the Bank’s Executive Committee.

In announcing the appointment, John C. Williams, president and CEO of the Federal Reserve Bank of San Francisco said, “Tracy has amassed extensive subject matter expertise in bank supervision and regulation, as well as the emerging Fintech field over her 28-year tenure with the San Francisco Fed. This coupled with her outstanding leadership skills makes her an ideal choice to become our new FISC director.” 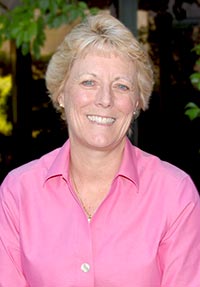 Ms. Basinger began her career at the Bank in 1989 as an associate examiner, and has since held a number of positions with increasing responsibility. In 2001, she became a Bank officer with responsibility for Consumer Compliance Supervision. She was promoted to vice president in 2008 and added oversight of the Safety and Soundness Examination Teams to her portfolio. She was named group vice president in 2012 and took on additional responsibility for the division’s Shared Support Services. In 2015, her responsibilities expanded further to include oversight of the Bank’s Regulatory Applications and Financial Technology (Fintech) functions.

Ms. Basinger serves as a Federal Reserve representative on the Basel Committee on Banking Supervision’s Task Force on Financial Technology and is also leading the System’s supervision initiative to research developments in Fintech. She is a commissioned examiner and holds a Bachelor of Science degree in business administration from California State University, East Bay.