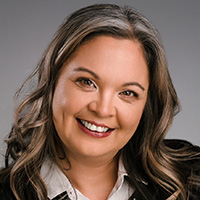 Ms. Dushkin is Unangax (Aleut) originally from King Cove, a small fishing community located on the tip of the Alaska Peninsula, and an enrolled tribal member of the Native Village of Belkofski. Her entire career has focused on her passion of serving Tribes and Native Communities in Alaska.

Since 2014, Ms. Dushkin has served as the executive director for the Association of Alaska Housing Authorities (AAHA), leading the work of 14 Regional Housing Authorities that serve 196 Tribes and the Alaska Housing Finance Corporation, the only public housing authority in Alaska.  Prior to AAHA, she spent five years in the Human Services Department at the Aleutian Pribilof Islands Association (APIA), the regional tribal consortium that serves her home region. She assisted in the oversight and administration of the department and programs including Head Start, BIA Social Services, Vocational Rehabilitation, and Child Welfare, to name a few.

Currently, Ms. Dushkin serves as a director and board secretary for The Aleut Corporation, a board member for The Aleut Foundation, and a member of the St. Innocent Sisterhood.  She has a bachelor’s degree in business administration and management from Alaska Pacific University. 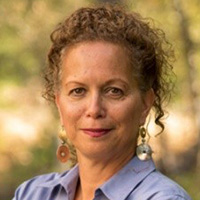 Ms. Johnston is founding director of Idaho Partners for Good, a nonprofit organization in Boise, Idaho, that invests human and financial capital in Idaho nonprofits. In her previous roles, Ms. Johnston directed the Governor’s Coordinating Council for Families and Children, the Early Childhood Statewide Systems Plan, Generation of the Child initiatives, and also served as the Idaho liaison for President George W. Bush’s White House Office of Community and Faith-Based Initiatives.

Ms. Johnston has worked as the access to recovery support services trainer for Idaho’s Department of Health and Welfare, working with churches across the state. As program officer at the J.A. & Kathryn Albertson Foundation, she developed and managed a wide range of initiatives, including Khan Academy Idaho, LearnStorm, Summer of Code, Rural Opportunities Consortium of Idaho, Bluum.org, Go On, Continuous Enrollment, The Ed Sessions and Mission 43. Ms. Johnston holds a bachelor’s degree from Boise State University. 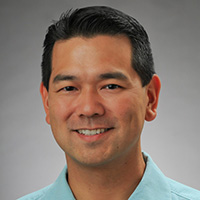 Mr. Kusumoto is president and chief executive officer of Parents And Children Together (PACT), a statewide not-for-profit family service agency dedicated to creating safe and promising futures for Hawaii’s children, individuals, and families. PACT has been in existence for over 50 years and has more than 400 employees. In his current capacity, Mr. Kusumoto oversees innovative and educational social services, including programs related to domestic violence, child abuse, sex trafficking, early childhood education, mental health, community-building, and poverty prevention. 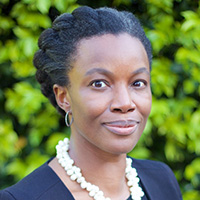 Prior to leading SLATE-Z, Ms. Mann’s experience includes philanthropy and law. Most recently, she served as a senior program officer at The Ralph M. Parsons Foundation and has also held program staff positions at the Annenberg Foundation and United Way of Greater Los Angeles. Before her work in philanthropy, Ms. Mann was a public interest attorney. Her public service includes alternate commissioner on the California Coastal Commission; chair of the executive committee of the Black Equity Collective; and board member of the Center for Nonprofit Management. Ms. Mann holds a law degree from Tulane University Law School and a bachelor’s degree from Vassar College.

Mr. McGough is executive director of Worksystems, a nonprofit organization in Portland, Oregon, that pursues and invests resources to improve the quality of the workforce in the City of Portland, and Multnomah and Washington Counties. Prior to joining Worksystems, he founded two nonprofit organizations and also served as executive vice president of the National Association of Workforce Boards in Washington.

Mr. McGough is a regular national speaker as an expert in workforce policy, program development, and performance management. He serves on several boards of directors and is the immediate past president of the U.S. Conference of Mayors Workforce Development Council. Mr. McGough holds a master’s degree in public policy from Roosevelt University, a master’s degree in six sigma from Villanova University, and a bachelor’s degree from Southern Illinois University, Carbondale. 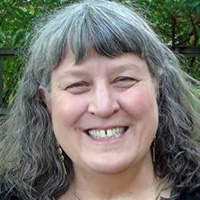 Since 2019, Ms. Puffert has served as the chief executive officer of Child Care Aware of Washington. She has spent her entire career working in the nonprofit sector for organizations focused on improving care for children birth to five. Her work over the past 38 years includes serving as the director of the University of Washington Child Care programs and opening, developing and growing Child Care Resources, the regional Child Care Aware serving King and Pierce Counties. 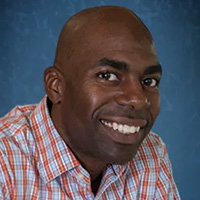 Mr. Steele is executive director of Access Community Capital, a nonprofit organization, community loan fund, and community development financial institution in Las Vegas, serving small businesses primarily located in Southern Nevada. Prior to managing Access Community Capital, he was the founder of Eclipse Theaters in Las Vegas, the only Black-owned luxury movie theater in the U.S.

Mr. Steele has also served as chief financial officer of the Downtown Project, an investment group in Las Vegas, and prior to that, worked as an equities derivative trader. He serves as board member of the Henderson Chamber of Commerce and commissioner of the Nevada Commission on Minority Affairs. Mr. Steele holds a master’s of business administration and a bachelor’s degree from the University of Virginia.

The Bank also announced that Debra Gore-Mann, president and chief executive officer of The Greenlining Institute in Oakland, California, has been designated as Chair of the CAC for 2023.

Established in 2017, the Twelfth District Community Advisory Council (CAC) serves as an important source of information on current and pending developments in the Twelfth District with an emphasis on underserved and lower-income communities. The members provide observations, opinions, and advice to the management of the Federal Reserve Bank of San Francisco on the present state of the economy and on developments in the respective members’ communities and areas of interest. The Council also provides input on the Bank’s community development activities. The Twelfth District Community Advisory Council members reside within the nine-state District of this Reserve Bank.