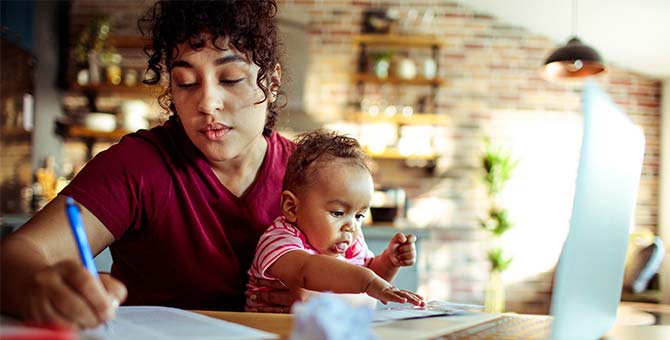 A large share of households across the western United States suffered employment income losses during the pandemic. We looked at the Census Bureau’s latest available Household Pulse Survey, conducted in late July, to get a better picture of what that means for our District. Here’s what we found.

Overview of households in the West

In Nevada and Hawaii, homeowners and renters were among the most likely to report late or deferred payments in the prior month (more than 10% of respondents). Households in these states also tended to have lower confidence in their ability to make future mortgage or rental payments.

Previous or expected loss of employment income and housing insecurity were more commonly reported among non-white respondents or those who identify as Hispanic.

Households with lower incomes in 2019 were more likely to have lost income, expect a job loss in the coming four weeks, or lack confidence about their ability make mortgage or rent payments.

According to Transunion, the share of consumer loan accounts “in hardship”—meaning not technically delinquent but subject to forbearance, deferral, or frozen status–tended to be higher among subprime and near prime borrowers than super prime or prime plus borrowers. Among mortgages, the rate of “hardship” among FHA-backed loans—made disproportionately to near prime and subprime borrowers—was 12.9%, up from 1.2% in July 2019, and more than twice the rate of Fannie/Freddie loans.

District banks are exposed to household sector stress most directly through consumer, 1-4 family, and multifamily loan portfolios. At midyear, consumer and 1-4 family loan concentrations (and severe delinquencies) tended to be higher at large banks nationally than at community banks in the District. Mid-sized District banks often reported very heavy exposures to single-family mortgages.

District banks of all sizes typically reported multifamily mortgage exposures well above the national average, leaving them vulnerable to stress among renters.

Forbearance, in combination with fiscal and monetary stimulus, largely suppressed loan delinquencies and losses through June 2020, notwithstanding a surge in unemployment. However, borrower credit performance may slip as stimulus and forbearance efforts fade.