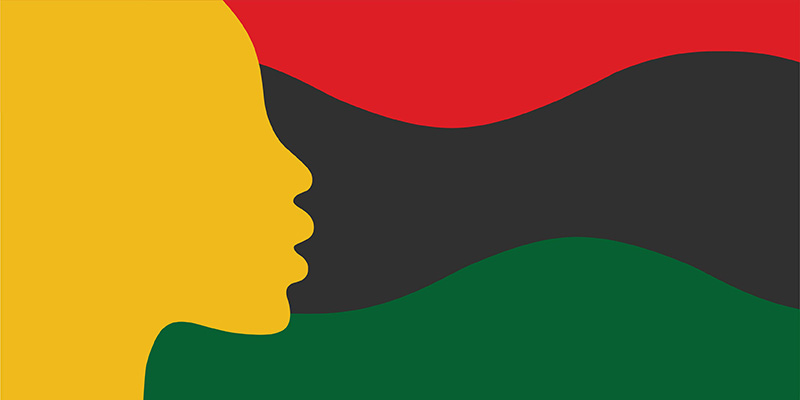 Discovering the Meaning of Juneteenth

As a young boy growing up in early 1970s Washington, D.C., Juneteenth had not yet captured my attention. There were no holiday gifts to open, or firework displays at the National Mall. And where I lived there were no Juneteenth parades or picnics.

My early exposure to the legacy of slavery in the U.S., as well as its ending, was mostly as a backdrop to places, events, and a few African American figures that were taught as part of U.S. history; that is, instead of the narrative of struggle, courage, and resilience of African American people that I would soon learn.

It seems that my experience of growing awareness is actually similar to that of other Americans. For some, that awareness may have come later in life, and for others—especially African Americans—it may have been instilled much earlier.

Decades later, as I explored my Hebert family history and ancestors born before 1865, I began to develop real awareness and appreciation of Juneteenth. The stories, documents, and even a few photos of my emancipated ancestors—like my great-great-grandmother Nicie Austin (born 1843 into slavery in Georgia)—gave me an ancestral connection to the experiences of formerly enslaved African Americans whose lives were transformed by freedom.

What Exactly is Juneteenth?

As I got older, despite the clues in the name Juneteenth, I assumed the annual celebration was simply a commemoration of the Emancipation Proclamation that freed those enslaved in the Confederate states. While this was partly true, it turned out that I had not yet learned about the pivotal event behind the origin of Juneteenth or about the full spirit of nationwide celebrations.

President Lincoln’s 1863 Emancipation Proclamation heralded an ideological change from a Civil War against secession into a war to bring about “a new birth of freedom” (from Lincoln’s 1863 Gettysburg Address). He called on the Union Army to liberate all enslaved people in the rebel states and declared three million enslaved people to be “then, thenceforward, and forever free.” Subsequent enlistment of 180,000 African American volunteer soldiers and sailors, plus decisive Union Army victories, led to the Confederate Army surrender on April 9, 1865, and the end of the Civil War.

Although many enslaved African Americans in Texas had learned of the Emancipation Proclamation (1863) since news had spread to the state, they had no agency to demand their freedom. However, their freedom was enforced upon the arrival of Federal troops in Galveston, Texas, on June 19, 1865 (June + 19th = Juneteenth), and the issue of a General Order by Major General Gordon Granger.

While this marked the last Confederate state where the enslaved were freed, it wasn’t until the ratification of the Thirteenth Amendment to the Constitution on December 6, 1865, that chattel slavery was abolished nationwide.

Reflecting on the Meaning of Juneteenth

This Juneteenth is an opportunity to celebrate the strides we’ve made towards freedom, recognize the strides we must continue to make, and remember those that we’ve lost along the way including the ten Black residents of Buffalo, New York one month ago.

Below we’ve gathered personal Juneteenth perspectives from a couple of our Bank colleagues.

While working for her hometown newspaper in Canton, Ohio after graduating college, Teena researched the Buffalo Soldiers—the Black soldiers who served in the U.S. Cavalry and Infantry after the Civil War. This was when she first learned about Juneteenth, and she considers it an important piece of history that she hadn’t learned in school. Juneteenth was part of the information she obtained from a historian she was interviewing while conducting her Buffalo Soldiers research.

Teena inquired more with the historian about Juneteenth and now views it as “both a celebration of freedom and a somber remembrance that the inhumanity of slavery continued in parts of Texas, even after it was outlawed.” Today, as we celebrate and are thankful for the freedom we enjoy, Teena reminds us to continue the work to ensure that these freedoms are not lost tomorrow.

For most of us Juneteenth is a celebration and history that wasn’t taught in school. In fact, we may have encountered it almost accidentally in our life’s journey.

Ashton was a sophomore in college when she first learned about Juneteenth—and she felt mixed emotions. She was elated that it signifies freedom, which she describes as autonomy, agency, and/or individuality. However, she was also troubled not only by the delayed freedom to the enslaved population of Texas, but that it wasn’t a part of her early education.

Learning about Juneteenth was an awakening that “caused me to wonder what else I didn’t know about history.” Ashton felt inspired to take a deep journey into Black/African American studies and begin to fill in the gaps in her education. She also made sure that her acquaintances learned about the day and its significance. While doing so, she discovered a classmate’s grandmother was from Galveston, Texas. Ashton would cook a meal and her classmate’s family would spend the day eating and engaging in conversations. She credits hosting these meals and the dialogue that followed aided in her appreciation of Juneteenth and further shaped her identity as a Black woman.

Ashton recognizes Juneteenth as both a celebration of life and freedom—and that it shouldn’t be taken for granted. Juneteenth shows us the resiliency of our community and a reminder that we are not far removed from slavery. We should continue to march forward.

A fascinating aspect of Juneteenth is the various ways in which it is understood and celebrated. Since the earliest community celebrations in Texas, Juneteenth has been known as Emancipation Day, Freedom Day, Jubilee Day, Liberation Day, and now as the nationally recognized Juneteenth National Independence Day.

What remains consistent in the spirit of Juneteenth regardless of the type of celebration is the joy in the fruits of freedom and the resiliency, progress, and pride in African American culture and people.

With the historic designation of Juneteenth as a new Federal holiday in 2021, SF Fed President Mary Daly emphasized how “this designation is important in acknowledging a painful chapter in American history. It is another step towards our ultimate goal of progress, and an affirmation that we as a nation embrace freedom for all.”

"#Juneteenth is not just one day, it’s all days.”
—Pres. Daly

As part of our #Juneteenth2021 efforts, we spoke with Rosemary Turner (Chair of our Board) who shared her experiences on #racialequity in her professional & personal life. Tune in!#JuneteenthAllDays #SFFedEquity pic.twitter.com/Wi7XlRRD4O

Leo Tungaraza is a Senior Business Systems Analyst at the Federal Reserve Bank of San Francisco.