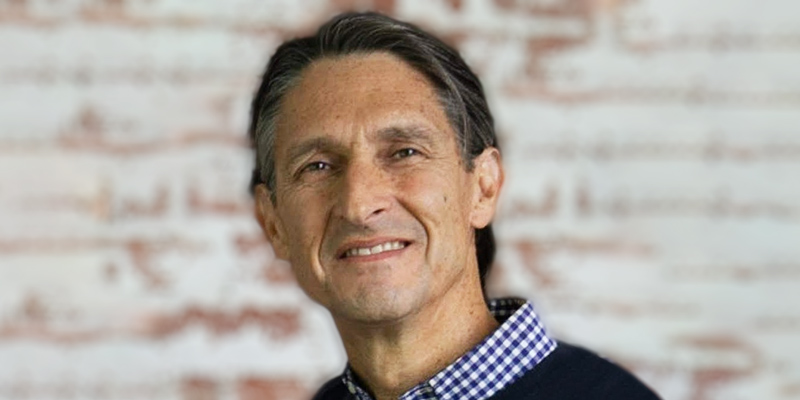 I was born in Tucumcari, New Mexico, a very small town on Route 66 near the Texas border. My father’s family settled in New Mexico when it was a territory of Spain in the early 1700s; my mother’s family migrated from Mexico City to the U.S. in the 1940s. Both families are proud Mexican Americans but are at different ends of the spectrum in terms of their temperament, religion, and experience as Americans.

As one of the founding families of historic Santa Fe (did you know Santa Fe predates Jamestown by 9 years?), my father’s family were hard-working, stable-but-poor farmers. Over several generations, they had to learn to adjust to the rapid cultural hegemony brought by the influx of settlers to New Mexico in the late 1800s and 1900s—a couple hundred years after the Spaniards founded Santa Fe.

My mother’s side of the family immigrated to the U.S. in the 1940s and was more charismatic and mercurial compared to my father’s family, and you can tell just from their chosen professions—an assortment of preachers, entrepreneurs, and even convicts.

Shortly after graduating from high school, my father married my mom and joined the Air Force where he embarked on a forty-plus year career. One of his first postings was to Panama.

My family moved to Panama and we lived there for most of the 1970s, during my elementary and junior high school years. My time growing up in Panama was formative on many levels. When we lived in the U.S., my family and I saw ourselves as Americans first and foremost, but also as proud Mexican Americans, part of a rapidly growing minority of Chicano people in the Southwest. However, once in Panama, being fluent in Spanish made it easier to take part in the dominant Latino culture. Living in Panama also granted us an opportunity to travel through most of Central America and much of South America, which gave me a greater appreciation for the diversity of Latino cultures.

As a young person I saw how America’s actions were viewed in other countries, which provided me with a unique lens on being an American. I was often shocked by what I learned about America’s fraught history of relations with Latin America. For example, the overthrowing of Salvador Allende’s presidency in Chile was widely perceived to be CIA-sponsored across Latin America, which made traveling in South America dangerous as Americans. Another stand-out experience occurred while my family and I were driving from the U.S. to Panama—we were commandeered twice by border troops in El Salvador and Guatemala. Within a few years, traveling through those countries became impossible due to civil wars.

Growing up in Latin America in the ‘70s also enabled me to experience some of the magic and beauty of both indigenous and Latino cultures and how they could work together—or not—and how colonial histories dramatically affected each country’s culture. I also witnessed firsthand how the economic stability of Latin American countries impacted people’s lives. Social inequality, currency devaluations, import/export controls, hyperinflation, and the economic impacts of natural catastrophes all factored in. My experience growing up in Latin America was a principal reason I became an economics major in college and influenced my decision to join the Fed.

Product Lead at the Fed

To help me prepare for life, my family encouraged and supported me in building a strong academic foundation. Previous generations of my family were not able to attend or afford to complete college, and I was encouraged to change that.

I was the first in my family to graduate from college and I later obtained a graduate degree at Harvard. I joined the Fed after more than 15 years of work as a product manager for technology startups and high-growth SAAS (Software as a Service) companies. I was intrigued by the opportunity at the Fed because the role required deep product experience and, as I got to know the hiring managers, I became a believer in their vision.

The Federal Reserve had always been an interest of mine since experiencing the impact economic stability had on people’s lives when I lived in Latin America. But given my startup experience, my friends, family, and mentors were surprised by my interest in joining the SF Fed. Now at the SF Fed, I’m in a high-impact role where I can share my expertise and help others, especially those from underrepresented backgrounds, build their careers in tech and finance.