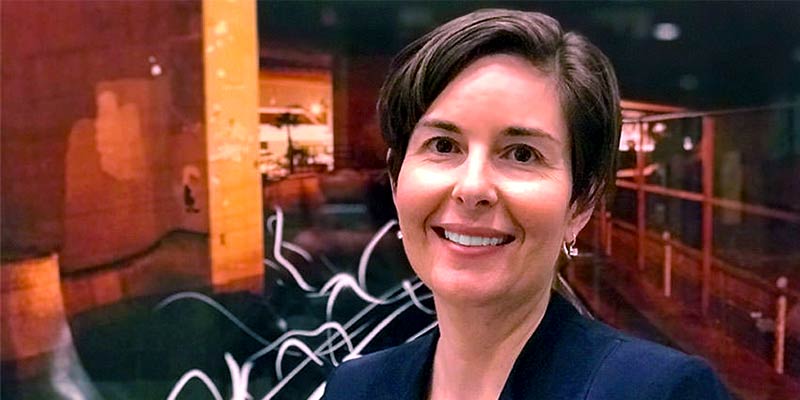 After the Thomas Fire: Building Family Financial Resiliency in Central and Southern California

“I love my job because we work on such a wide range of issues from affordable housing to workforce development to health and equity—all focused on alleviating poverty,” explains Leilani Barnett, Community Development regional manager for California’s Central Valley and parts of Southern California.

Earlier in 2017, she’d worked with government and nonprofits in Ventura County to form a family financial resiliency coalition. The goal: ensure that low- and moderate-income families could access education, housing, and childcare.

“The coalition I’d helped create contacted me, saying, ‘This is impacting the community in a big way. People are displaced. Small businesses are devastated. Is there anything the Federal Reserve can do to help?'” she recalls.

The Thomas Fire destroyed more than 1,000 structures in Ventura and Santa Barbara counties by the time it was contained. Barnett knew that families and local communities would need a lot of support to recover from their losses. She immediately organized a forum that brought together banks, community development institutions, and service organizations to identify and efficiently execute solutions.

Witnessing the wildfires affected Barnett, both emotionally and professionally. It got her thinking about the profound impact of natural disasters—and climate change—on families’ financial resilience and mental well-being.

“Many scientists expect for weather events, including catastrophic wildfires, to become more violent. These events disproportionately impact low-income communities. There are things we can do to help those communities be more climate resilient,” Barnett says.

In Ventura, Barnett will be partnering with community members to plan for climate adaptation, focusing on strategies for preventing vulnerable families from becoming homeless if another wildfire strikes, for example.

Mental health is emerging as an important aspect of that work.

“One area we’re exploring is the overlap of climate change and mental health,” explains Barnett, who saw firsthand how being displaced by the Thomas Fire threw families’ household finances into disarray, cranking up stress levels.

It’s a trend she often sees in her work.

Barnett recognizes that defining the boundaries of intersectional issues will take more work.

“These are new concepts that aren’t mainstream yet. More research and focus are needed to propel the ideas forward,” Barnett says.

The San Francisco Fed has moved toward this type of cross-sector community development approach in recent years. The team often looks at issues, such as gentrification and health equity, where they can bring the department’s research and people-connecting prowess to bear.

Even in the absence of dramatic events such as wildfires, there is much work to do in the regions she covers when it comes to housing equity and displacement.

In Sacramento, for example, she works with local authorities and agencies to explore policies that combat displacement due to gentrification, something many misperceive as a “coastal problem.”

“When you live in the San Francisco Bay Area, you think Sacramento is affordable. But there are so many people moving from the Bay Area inland to Sacramento that prices have skyrocketed. There’s a real affordability crunch in neighborhoods where folks on fixed incomes and working-class people have been able to afford to rent,” she explains.

Barnett also encourages affordable housing policies in popular locations like Bakersfield and other cities where housing has long been in short supply. Recommendations range from requiring builders to include affordable units in new developments to encouraging homeowners to build accessory dwelling units, aka in-laws.

Barnett has been passionate about equity in urban development her entire adult life. She holds a master’s in city planning. Before joining the Fed, she worked to get low-income families into housing with the Sacramento Housing and Redevelopment Agency. Throughout her career, she’s worked to address ever-present problems such as poverty in the midst of changing economic conditions.

“The first half of my career, there was a lot of housing construction happening. When the real estate market crashed in 2008, building came to a halt. Many families suffered dealing with foreclosures. Now the housing market has heated up again and we’re dealing with things like gentrification and displacement,” Barnett says.

One thing she’s learned is that although economic booms and busts change her work, need never goes away. So, she persists in striving to alleviate it.