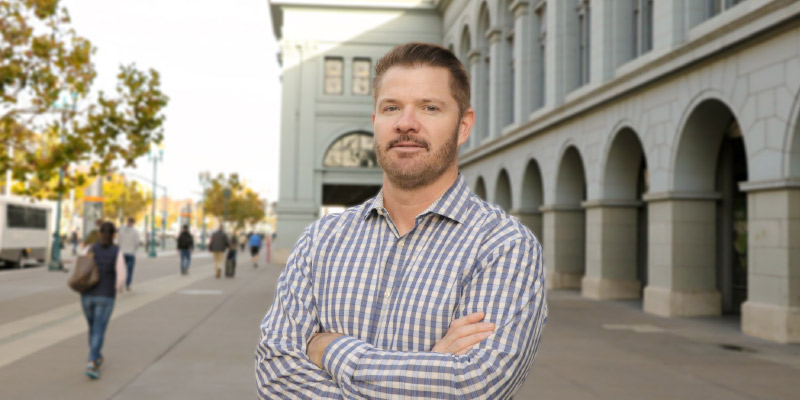 Putting People First, From the U.S. Army to Consumer Compliance

One leadership concept Mike Roberts mastered even before joining the Fed is the importance of looking out for his team. He traces this awareness back to his days in the U.S. Army, when a leader told him, “Take care of your troops first. There’s nothing more important than the objective of the mission, except for your people.”

It’s a priority he carried with him throughout his military career, into a career in private sector banking, and to the Fed.

After joining the San Francisco Fed as a bank examiner in 2014, Mike held a quick succession of roles of increasing responsibility: senior examiner, compliance manager, and now a director in Financial Institution Supervision and Credit (FISC). He credits part of his quick movement through the ranks to his military experience and to the 12 years he spent in private sector banking and at the FDIC.

Forging a path to consumer protection

Starting his banking career as a loan officer, Mike didn’t love feeling like a salesperson for loans.

“That job is really where I got a passion for consumer protection. I was expected to push products and services on customers, and some of them didn’t seem like the right fit. I didn’t like looking at a customer’s financial profile and wondering how this person would ever be able to comfortably pay this loan back. That’s where the seed was planted to do what I can to ensure folks understand what they’re committing to,” he says.

Mike soon moved on to compliance and credit strategy roles, where he had several opportunities that still inform his work today at the Fed. He was able to protect consumers by making sure the credit products being developed were fair and sold appropriately. He also engaged with bank examiners and learn what their work was about, an experience that eventually led him to leave the private sector to become a bank examiner, first for the FDIC and later for the Fed.

One trait that Mike developed in the private sector that has helped him succeed at the Fed is the ability to adapt and be nimble. Change is constant in the private sector, while government agencies are, for good reasons, more stable. But when his group at the Fed experienced the unexpected and untimely passing of a respected manager, Roberts was able to transition from individual contributor to compliance manager.

“Obviously, I would not have wanted for that to happen. But it required me to dig down deep and step up to that challenge out of nowhere,” Mike recalls. “And I think what’s enabled me to be successful is that I’ve been able to demonstrate both our division’s and our Bank’s leadership principles.”

Success at any organization comes down to embracing that organization’s goals and standards. Mike is particularly thankful for the Fed’s culture of opportunity.

“This is an organization where, if you’re willing to step up and raise your hand and do the work, and not be scared to appear uninformed or in some cases even fail, it’s wide open here,” he says. “You will never lack for folks who will help you succeed, or for training and development opportunities.”

Mike knows he will continuously learn in his role as Director of Consumer Compliance Supervision. His day-to-day work has moved from dealing face-to-face with banks and with the teams that supervise them, to strategy. He’s responsible for making sure the work of the compliance teams is in line with the objectives of FISC and of the Fed as a whole.

Yet, some things remain the same, especially putting people first.