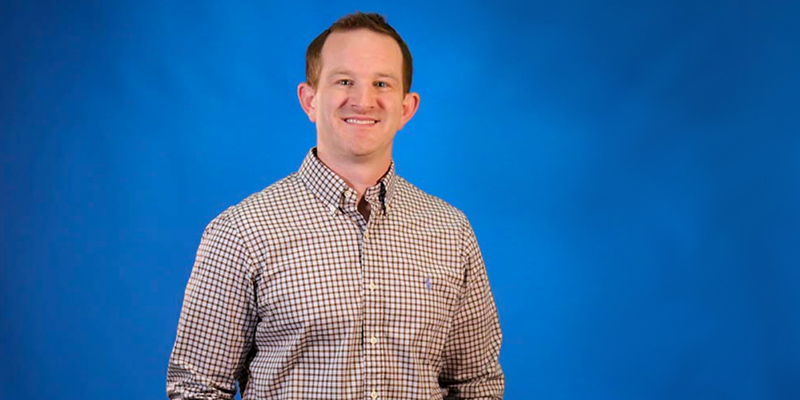 Ask Rob Triano the secret to his success in assisting in the fight against money laundering and terrorist financing, and he’ll tell you that it’s not an advanced degree. It’s not a sixth sense for criminal activity. It’s not even the empathy that comes with holding nine different positions in banking, from teller to vice president/compliance program manager to the position he holds today at the San Francisco Fed: senior risk specialist.

Mostly it’s the 12 years he spent as an assistant coach of the boys’ varsity soccer team at Blue Valley High School in Stilwell, Kansas.

“Yep, that’s pretty much it,” Rob says. “As a coach, I try to guide the players, set an example, support them and encourage them. I can’t run out on the field and play. I have to let them play.”

It also helps that Rob embodies a paradox that’s common in sports but not quite as common in the working world: You can be driven and kind at the same time.

“When I examine a bank to check its compliance with laws and regulations, I don’t walk in as if I know everything or as if I assume the bank is doing anything wrong,” he says. “I go in with an open mind.”

For Rob, the open mind comes easy. It’s his nature to assume that people are honest. But early in his career he had to learn that sometimes they aren’t.

“Right out of college, I was working as a teller at a bank, and there was always this one incredibly nice customer—over-the-top-friendly,” says Rob. “About a year later I found myself working in compliance at that same bank. And I saw these files on that particular customer, and I found out that he was a major money launderer. I was like, ‘Wow, I thought he was really friendly.'”

After that, “for a while there I looked at everything with heavy skepticism,” he says. “But then, with more experience, it kind of balanced out to a healthy, constructive skepticism. So now my attitude with each bank is, ‘Let’s just see what’s going on. Let’s try to get all the facts.'”

Rob examines banks from a broad perspective. He looks for strengths and weaknesses in software, programs, and processes.

The most common problem he sees is “if I go into an institution and happen to notice a piece of technology that maybe isn’t being used in the way that it could best be used,” he says. “And I know that because I’ve seen 20 different institutions using that same technology in 20 different ways, so I have that perspective, and I can help.”

Rob says he tries to “see the bank as a whole and get a sense about where I want to dig in and ask certain questions. Other areas of bank supervision might look at financial ratios or statistics, and it tells them when something is potentially concerning. My approach has to be much more qualitative in nature just to get to our starting point given the subject matter.”

If Rob spots a problem, he raises it. “Most of the time, banks agree to fix issues I flag,” he says. But there are times a financial institution will push back and say a given procedure or practice is appropriate for their business within the law. “I need to be open to hearing them out. If I’m wrong, I’ll say so. I’ve been fortunate to have mutual, professional respect that makes the more difficult conversations go more smoothly.”

Remote work in a changing world

So, what is Rob’s typical workday?

Even before the coronavirus struck, he worked from his home in Overland Park, Kansas. And even before the pandemic, he had cut back on work travel.

“Just prior to the COVID-19 impact, I spent about half of my time working from home,” he says. “Three years ago I spent about 75 percent of my time traveling to and working in different work locations.”

Rob says that his physical presence in banks may well diminish further in the wake of the pandemic. “Even when everything goes back to some semblance of normal, banks may not be excited to have people who just boarded an airplane come to their location and potentially expose their folks to whatever may be next. But really the San Francisco Fed was already moving in that direction—in a digital direction with more offsite work.”

The less time he spends traveling to banks is more time he can spend examining banks, Rob says. “Within a typical week supervising a bank, I’d say the breakdown is about

The ratio shifts as the project progresses, he says. “The beginning is more reviewing documents, the middle is a mixture, and the end is more writing and reviewing others’ work.”

Rob also spends some of his work time attending or presenting at conferences, and teaching bank examiners in Washington, D.C, who are expanding their knowledge of anti-money-laundering regulations.

When he’s not examining banks or teaching in D.C., “I really enjoy working out, playing soccer, golfing, hiking, camping, and fishing,” Rob says. “I haven’t had too much time lately for those last three as my wife and I have two little boys under the age of two! Spending time with them by playing outside is our favorite thing to do.”

Next step: Improve the process

For the next step in his career, Rob wants to “improve the process,” he says. “If there’s a way to continually get a little bit better at something, that’s what I like to do. So that may mean the way I do things, it may mean the way we do things in our department, or the San Francisco Fed, or the whole Fed system, or examining financial institutions.”

Whatever it is, Rob says, he’ll bring to it the can-do spirit that has got him this far.

“I can’t give you any specifics about my plans for banks and compliance, but I can tell you this: I want to stay ahead of the criminals who are always changing tactics to get ahead of us,” Rob says. “The most successful teams I’ve been on were built on the distinct strengths of each person. In this case, I’m looking at how to encourage and support that dynamic. How can I get different parts of the banking industry, government, and law enforcement working together even better than they do now?”