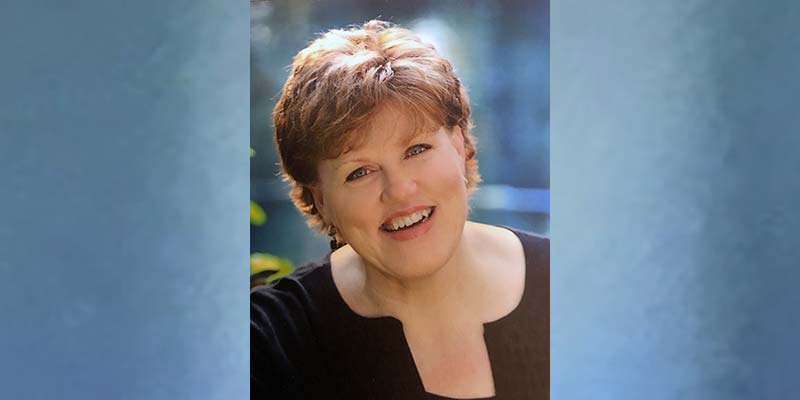 Road Warrior on the Cutting Edge of Financial Supervision

With her home base in her home state of Oklahoma, Susan Head is a road warrior with a dynamic career on the cutting edge of financial supervision.

In addition to examiners that supervise each big bank, LISCC takes a horizontal approach, studying specific functions across “too big to fail” institutions. Head’s team of experts specializes in making sure big banks use sound processes and policies. She is thrilled to take on a position with the potential to advance the relatively new discipline of operational risk management.

“In 2019, the industry’s not at full potential, so we have the opportunity to influence and advance the operational risk discipline in the largest firms,” Head says.

Head’s Fed career spans over two decades and three Federal Reserve districts. She understands how important it is for financial institutions to stay healthy, from personal as well as professional experience.

Head studied finance at Oklahoma State University, working at a bank over summer breaks. After graduation, she went on to spend five years working in commercial banking as an operations officer. It felt anything but stable.

The Savings & Loan Crisis was hitting Oklahoma and Texas banks hard, exacerbated by a glut in the oil market. Many banks fell into a weakened condition, including the bank where Head was working.

“The bank would be acquired by another, healthier organization. And then they were acquired by a bigger bank, and then they got bought. So my employer was acquired five times during my commercial banking career, and that was only within a five–year period,” Head recalls. “That was unstable from a career path perspective. It was very challenging because when you’re the company that is acquired, the buyer brings in their people. The opportunities to advance in that scenario can be limited.”

Seeking more stability, Head gravitated toward an institution she had worked with and admired: The Federal Reserve.

“The leadership and integrity of the Federal Reserve System certainly were appealing,” Head says.

Her experience in commercial banking helped her land a job at the Federal Reserve Bank of Kansas City, initially in the business development division placing Fed services to commercial banks and credit unions in the 10th District.

Management sensed she had potential to lead, and Head was soon tapped to lead the Cash Services Division in Kansas City. But after six years in Cash Services, she missed the dynamism of commercial banking and pursued opportunities and training to become a commissioned bank examiner.

It wasn’t long after becoming an examiner that Head discovered what would become a career-long passion: operational risk management.

“I was part of a group that developed an operational risk management function in the Tenth District, which led me to participate in various operational risk examinations across the Federal Reserve System,” Head says.

On a professional level, it was an opportunity to further advance as a specialist in operational risk management. On a personal level, moving to Philadelphia after spending most of her life in Oklahoma City was an adventure.

“There’s so much more diversity in cultures in the Northeast, so it was a huge opportunity to learn,” she says.

She made the most of the location by going on weekend trips.

“I was a short distance from New York City. That’s an easy train ride. I was also very close to Washington DC, which I visited on multiple occasions, as well as all of the New England states which are such a short drive,” she recalls.

Moving to a new city where she knew no one pushed her to grow. Head realized that she could branch out quickly by joining organizations she had been involved within Oklahoma.

“The first thing I did was find a church home where I met so many welcoming and kind people. Also, my university alumni group has a fairly strong presence in Philadelphia, so I joined them for watch parties and other social activities,” Head says, noting that she’s an avid follower of her college sports teams. “And then there was my sorority and the strong connection with this lifelong group of women. Once I made all of those wonderful affiliations, my new friends introduced me to other opportunities and I was able to become involved in other aspects of the community.”

Head’s Philadelphia adventure came to an end four years later, when the San Francisco Fed hired her in 2015. The Federal Reserve Bank of San Francisco management provided her with the opportunity to make an important move for that time in her life: “They allowed me to move back to Oklahoma City where my family is, so I could help take care of aging parents.”

Head continues to work out of a home office when in Oklahoma City, but most of the time, she’s traveling to New York City or San Francisco to visit the large institutions she supervises within LISCC.

At home or on the road, she communicates well with the staff who report to her via video conferencing. Head notes that advancements in technology have allowed the remote team to improve their connection, engagement and focus ensuring everyone is well-informed.

She appreciates that her 26-year (so far) career with the Federal Reserve System has allowed her to work for three different Reserve Banks in a variety of roles.

“I have learned so much from each District. Every District brings its strength and perspectives. Learning how different Districts operate has helped me grow both personally and professionally, and I am so grateful for the multitudes of opportunities and support.”