Appointed by the Board of Governors of the Federal Reserve System 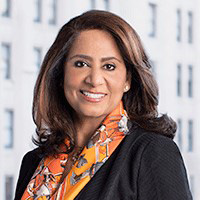 The Federal Advisory Council (FAC) is composed of twelve representatives of the banking industry and consults with and advises the Federal Reserve Board on all matters within the Board’s jurisdiction. The Council ordinarily meets four times a year, the minimum number of meetings required by the Federal Reserve Act. Each year, each Reserve Bank appoints one person to represent its District on the FAC, and members customarily serve three one-year terms. The members elect their own officers.