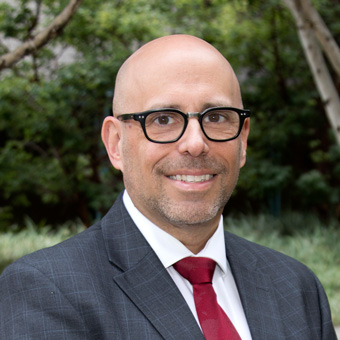 Jim joined the Federal Reserve Bank of San Francisco in 2000 as a business development manager for the Los Angeles branch. Jim later transitioned to the National Cash Product Office where, as project manager, he helped lead the effort to introduce the redesigned $20 note. In 2004 he became manager of the High Speed Currency Verification Department for the Los Angeles branch. Jim assumed leadership of the Twelfth District’s Cash Support function in 2006, was promoted to director in 2007, and to vice president in 2016.

Jim believes that each individual possesses unique talents and gifts that, if maximized, can produce awesome results. To that end, Jim completed his certification as a Strengths Champion Coach. He is currently pursuing his professional leadership coaching credential through the International Coach Federation.

Jim earned a bachelor of art degree in political science and a master of science degree in applied economics from the University of Minnesota.

Outside of work, Jim has a variety of interests. Serving as an elder at a large, multi-ethnic church in downtown Los Angeles, Jim developed and implemented a leadership development program for lay leaders. He also serves as a mentor/coach for several small group leaders. Jim holds a brown belt in Kenpo Karate and is an avid runner. Jim and his spouse live in Glendale, CA.