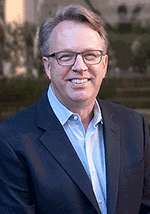 John C. Williams served as President and Chief Executive Officer of the Federal Reserve Bank of San Francisco from March 1, 2011 to June 17, 2018. Dr. Williams was previously the executive vice president and director of research for the San Francisco bank, which he joined in 2002. He began his career in 1994 as an economist at the Board of Governors of the Federal Reserve System, following the completion of his PhD in economics at Stanford University. Prior to that, he earned a master’s of science from the London School of Economics, and an A.B. from the University of California at Berkeley. Additionally, he served as senior economist at the White House Council of Economic Advisers and as a lecturer at Stanford University’s Graduate School of Business.