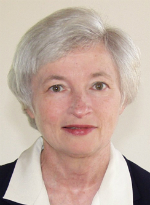 THE PRESIDENT:  Good afternoon.  Over the past five years, America has fought its way back from the worst recession since the Great Depression.  We passed historic reforms to prevent another crisis and to protect consumers.  Over the past three and half years, our businesses have created 7.5 million new jobs.  Our housing market is rebounding.  Manufacturing is growing.  The auto industry has come roaring back.  And since I took office, we’ve cut the deficit in half.

I think everybody understands we’ve still got a lot of work to do to rebuild the middle class, but we’ve made progress.  And we shouldn’t do anything to threaten that progress — for these hard-won gains have made a difference to millions of Americans.  And, in part, we can thank the extraordinary grit and resilience of the American people; in part, we can thank the dynamism of our businesses.  But a lot of it also has to do with the choices we’ve made as a nation to create more jobs and more growth.  And one of the most important contributors to this whole process has been the Federal Reserve, under the strong leadership of Ben Bernanke.

For nearly eight years, Ben has led the Fed through some of the most daunting economic challenges of our lifetime.  For some time now he’s made it clear that he intends to finish his service as chairman at the end of his term, which is this January.  So, today I just want to take a minute to pay tribute to Ben for his extraordinary service.  But I also want to announce my choice for the next chair of the Federal Reserve, one of the nation’s foremost economists and policymakers — current Vice Chairman Janet Yellen.

After I became President, I was proud to nominate Ben for a second term.  And while the Fed is, and must always be, independent, I want you to know, Ben, I’m personally very grateful to you for being such a strong partner in helping America recover from recession.

Perhaps it’s no surprise — as the son of a pharmacist and a school teacher — that Ben Bernanke is the epitome of calm.  And against the volatility of global markets, he’s been a voice of wisdom and a steady hand.  At the same time, when faced with a potential global economic meltdown, he has displayed tremendous courage and creativity.  He took bold action that was needed to avert another Depression — helping us stop the free fall, stabilize financial markets, shore up our banks, get credit flowing again.

And all this has made a profound difference in the lives of millions of Americans.  A lot of people aren’t necessarily sure what the chairman of the Federal Reserve does, but thanks to this man to the left of me, more families are able to afford their own home; more small businesses are able to get loans to expand and hire workers; more folks can pay their mortgages and their car loans.  It’s meant more growth and more jobs.

And I’d add that with his commitment to greater transparency and clarity, he’s also allowed us to better understand the work of the Fed.  Ben has led a new era of “Fedspeak” and been a little more clear about how the system works.  And that is good for our democracy.

And I have to tell you, as I travel around the world, the job of the Fed chair is not just our top monetary policymaker.  The world looks to the American Fed chair for leadership and guidance.  And the degree to which Ben is admired and respected, and the degree to which central bankers all across the world look to him for sound advice and smart policymaking is remarkable.  He has truly been a stabilizing force not just for our country, but for the entire world.  And I could not be more grateful for his extraordinary service.

And so, Ben, to you and your wife Anna, and your children Joel and Alyssa, I want to thank you for your outstanding service.  Thank you so much.  (Applause.)

I’ve considered a lot of factors.  Foremost among them is an understanding of the Fed’s dual mandate — sound monetary policy to make sure that we keep inflation in check, but also increasing employment and creating jobs, which remains our most important economic challenge right now.

And I’ve found these qualities in Janet Yellen.  She’s a proven leader and she’s tough — not just because she’s from Brooklyn.  (Laughter.)  Janet is exceptionally well-qualified for this role.  She’s served in leadership positions at the Fed for more than a decade.  As Vice Chair for the past three years, she’s been exemplary and a driving force of policies to help boost our economic recovery.

Janet is renowned for her good judgment.  She sounded the alarm early about the housing bubble, about excesses in the financial sector, and about the risks of a major recession.  She doesn’t have a crystal ball, but what she does have is a keen understanding about how markets and the economy work — not just in theory but also in the real world.  And she calls it like she sees it.

Janet also knows how to build consensus.  She listens to competing views and brings people together around a common goal. And as one of her admirers says, “She’s the kind of person who makes everybody around her better.”  Not surprisingly, she is held in high esteem by colleagues across the country and around the world who look to the United States, as I said, and the Fed for leadership.

Janet is committed to both sides of the Fed’s dual mandate, and she understands the necessity of a stable financial system where we move ahead with the reforms that we’ve begun — to protect consumers, to ensure that no institution is too big to fail, and to make sure that taxpayers are never again left holding the bag because of the mistakes of the reckless few.

And at the same time, she’s committed to increasing employment, and she understands the human costs when Americans can’t find a job.  She has said before, “These are not just statistics to me.  The toll is simply terrible on the mental and physical health of workers, on their marriages, on their children.”  So Janet understands this.  And America’s workers and their families will have a champion in Janet Yellen.

So, Janet, I thank you for taking on this new assignment.  And given the urgent economic challenges facing our nation, I urge the Senate to confirm Janet without delay.  I am absolutely confident that she will be an exceptional chair of the Federal Reserve.  I should add that she’ll be the first woman to lead the Fed in its 100-year history.  And I know a lot of Americans — men and women — thank you for not only your example and your excellence, but also being a role model for a lot of folks out there.

It’s been said that Janet found love at the Federal Reserve — literally.  (Laughter.)  This is where she met her husband George, a celebrated economist in his own right.  And their son Robert is an economist as well.  So you can imagine the conversations around the dinner table might be a little different than ours.  (Laughter.)  In fact, I’ve been told their idea of a great family vacation is the beach — with a suitcase full of economics books.  (Laughter.)  But this is a family affair.  We thank George and Robert for their support as Janet begins this journey.

Again, I want to thank Ben Bernanke for the outstanding work that he’s done, and obviously he will continue to help keep our economy moving forward during the remainder of his tenure here.  So we’ll probably have occasion for additional good-byes.  And I know that Janet is very much counting on him to give some good advice as she moves into the chairman spot.

But with this, I’d like to give Janet a chance to say a few words.  (Applause.)

DR. YELLEN:  Thank you, Mr. President.  I’m honored and humbled by the faith that you’ve placed in me.  If confirmed by the Senate, I pledge to do my upmost to keep that trust and meet the great responsibilities that Congress has entrusted to the Federal Reserve — to promote maximum employment, stable prices, and a strong and stable financial system.

I’d also like to thank my spouse, George, and my son, Robert.  I couldn’t imagine taking on this new challenge without their love and support.

The past six years have been tumultuous for the economy and challenging for many Americans.  While I think we all agree, Mr. President, that more needs to be done to strengthen the recovery, particularly for those hardest hit by the Great Recession, we have made progress.  The economy is stronger and the financial system sounder.

As you said, Mr. President, considerable credit for that goes to Chairman Bernanke, for his wise, courageous and skillful leadership.  It has been my privilege to serve with him and learn from him.

While we have made progress, we have farther to go.  The mandate of the Federal Reserve is to serve all the American people, and too many Americans still can’t find a job and worry how they’ll pay their bills and provide for their families.  The Federal Reserve can help if it does its job effectively.  We can help ensure that everyone has the opportunity to work hard and build a better life.  We can ensure that inflation remains in check and doesn’t undermine the benefits of a growing economy.
We can, and must, safeguard the financial system.

The Fed has powerful tools to influence the economy and the financial system.  But I believe its greatest strength rests in its capacity to approach important decisions with expertise and objectivity, to vigorously debate diverse views and then to unite behind its response.

The Fed’s effectiveness depends on the commitment, ingenuity and integrity of the Fed staff and my fellow policymakers.  They serve America with great dedication.

Mr. President, thank you for giving me this opportunity to continue serving the Federal Reserve and carrying out its important work on behalf of the American people.  (Applause.)