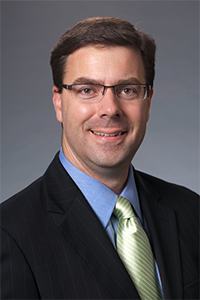 As chief operating officer, Mr. Gould will lead all administrative, operating and financial services activities in the Twelfth District. He will oversee the district’s payment systems, automation, accounting, electronic services, and administrative services units, along with personnel, protection activities, and the budget and planning areas.

Mr. Gould will also become director of the CPO. The Federal Reserve System operates 28 cash processing locations in the United States, providing U.S. currency and coin to financial institutions domestically and around the world. The CPO provides standard software and processing tools for all cash processing and vault automation systems nationwide, and guides policy, product development, and currency and coin capacity planning for all Federal Reserve cash operations.

John C. Williams, president and chief executive officer of the Federal Reserve Bank of San Francisco, hailed the appointment, saying “Mark’s extensive operational experience and proven leadership abilities make him an outstanding choice to become our district’s next first vice president and chief operating officer. In addition, his Cash Product Office expertise will serve him well as he assumes the directorship and leads the CPO in carrying out one of its most important daily functions – meeting the currency and coin needs of our nation’s banks.”

John Moore agreed, adding “I have worked closely with Mark for much of his 22-year career at the Federal Reserve and can say firsthand that he has everything it takes to be a successful first vice president and COO. As I prepare for retirement, I’m pleased to be passing these responsibilities onto someone as capable and passionate about the Fed’s important work. We are in good hands with Mark.”

Mr. Gould said, “I’m truly honored to have been given this opportunity to serve as the Twelfth District’s next first vice president, working closely with President John Williams. John Moore has set a high standard for excellence in this role during his tenure as first vice president of the San Francisco Fed. I will do everything in my power to continue his legacy of unwavering integrity in our actions and steadfast commitment to the needs of our employees, our bank, and the communities we serve.”

During his career with the Bank, Mr. Gould has managed the Twelfth District’s retail payments, cash processing, and information technology areas, in addition to his recent leadership in the Federal Reserve System’s Cash Product Office. In his role as Seattle Branch manager, he has worked closely with the branch’s board of directors, facilitating dialogue and gathering its contributions to monetary policy decisions.