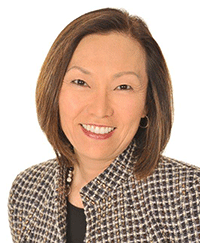 Seattle, WA – The Federal Reserve Bank of San Francisco has appointed Carol K. Nelson, Pacific region executive and Seattle market president of Cleveland-based KeyBank to the Seattle Branch board of directors. The appointment was effective August 1, 2015.

KeyBank is one of the nation’s largest bank-based financial services companies. It has approximately $94 billion in assets and a branch network of nearly 1,000 offices.

Ms. Nelson joined KeyBank in January of 2015 and is responsible for business and private banking in Washington, Oregon and Alaska. She is the bank’s top executive in the Northwest. In the two years prior she was the Director of the Washington State Department of Revenue. Ms. Nelson has 35 years of experience in the banking industry including Chief Executive Officer at Cascade Bank and 24 years with Bank of America.