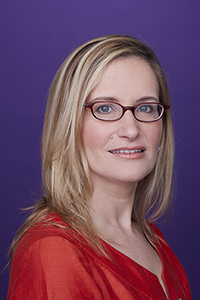 At Yahoo, Jackie directs the company’s M&A strategy, leading acquisitions and integration of technology and talent from dozens of companies into the business, including Tumblr, Brightroll and Flurry. Until recently, Jackie was on the Board of Directors of Alibaba Group, China’s largest online and mobile commerce company. Jackie is also involved with extracurricular positions at a number of organizations and non-profit boards.

Prior to Yahoo, Jackie led the U.S. media group at Apax Partners, one of the largest global private equity firms, served as CEO of iBuilding Inc., a real estate software business spent, and worked seven years at Goldman Sachs in mergers and acquisitions and the principal investment area. She has a patent pending for “Systems and Methods for Equitably Determining Employee Compensation.” She received a bachelor’s degree in economics with honors from the Wharton School of the University of Pennsylvania.

EAC members provide the Bank’s senior management with information on current and pending developments in the regional and national economies.  All members serve three year terms.