San Francisco, California — The Board of Directors of the Federal Reserve Bank of San Francisco has appointed Mary C. Daly executive vice president and director of Economic Research, the Bank announced today. In this capacity, Ms. Daly will oversee all research and analysis functions that support the development of monetary policy and that help further understanding of the economy nationally and globally. She succeeds Glenn D. Rudebusch, who will remain at the Bank as executive vice president and senior policy advisor. Ms. Daly’s appointment is effective January 1, 2017.

In announcing the appointment, John C. Williams, president and CEO of the Federal Reserve Bank of San Francisco said, “Mary has become one of the most respected economists in the Federal Reserve System over her 20-year tenure at the San Francisco Fed. Her extensive and deep knowledge of labor market dynamics, economic inequality, wages and unemployment has been invaluable to our monetary policy work throughout the financial crisis. This coupled with her outstanding leadership skills makes her an ideal choice to become our new Research director.” 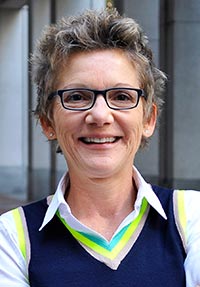 Prior to her appointment, Ms. Daly was senior vice president and associate director of Economic Research at the San Francisco Fed. She currently serves on the U.S. Congressional Budget Office Panel of Economic Advisers and is a research fellow at the University of Southern California Schaeffer Center for Health Policy and Economics and at the Institute for the Study of Labor (IZA) in Bonn, Germany. She serves on the Bank’s Executive Committee, the governance group in charge of strategic direction and policy for the Twelfth District, and chairs the Bank’s Diversity Council. She began her career as an economist at the Federal Reserve Bank of San Francisco in 1996 after completing a National Institute of Aging Post-Doctoral Fellowship at Northwestern University.