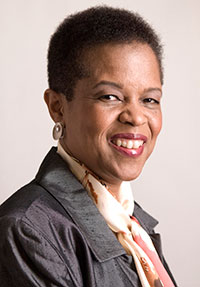 Ms. Seldon advises nonprofits, social enterprises and foundations – collaborating with leaders on refining their strategies and improving their operating and economic models. Building on her for-profit experience in joint ventures and mergers, she is a leader in Bridgespan’s work in cross-sector, nonprofit, and funder collaborations. Her clients have included Family Independence Initiative, the Rockefeller Foundation, and StriveTogether. She has also led engagements to support mobilization efforts, such as the Aspen Forum for Community Solutions and the White House Council for Community Solutions.

She is a member of the Board of Directors of College Futures Foundation, former vice-chair of the Board of Trustees of Bryn Mawr College, and former chair of KQED. She also was awarded the Most Influential Women in Business award by the San Francisco Business Times. Her for-profit experience includes seven years at Milepost, a venture capital firm she co-founded and seven years as the executive director of AirTouch Communications, a wireless communications company.

Ms. Seldon holds an MBA from Harvard Graduate School of Business Administration, a JD from Yale Law School, and an AB in Economics from Bryn Mawr College.