Portland, Oregon – The Federal Reserve Bank of San Francisco appointed Tamara L. Lundgren chair of the Portland Branch board of directors, effective January 1, 2017. In addition, Anne C. Kubisch, president and chief executive officer of The Ford Family Foundation, was appointed to its Portland Branch board of directors effective January 1, 2017. She is replacing Dr. Joseph E. Robertson, Jr., Chairman of the Board and President of Oregon Health & Science University, whose term has expired. In addition, Steven J. Zika, chief executive officer and director at Hampton Lumber, was reappointed to a three-year term ending December 31, 2019. 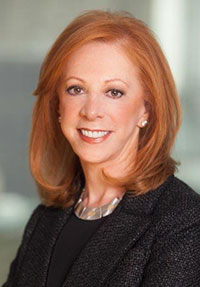 Ms. Lundgren has been president and chief executive officer and a member of the board of directors of Schnitzer Steel Industries, Inc. (SSI) since December 2008. SSI is one of the largest manufacturers and exporters of recycled metals in the United States. Ms. Lundgren joined the Company in September 2005 as Vice President and Chief Strategy Officer and held positions of increasing responsibility including President of Shared Services and Executive Vice President – Chief Operating Officer.

Prior to joining SSI, Ms. Lundgren was a managing director at JPMorgan Chase, managing director at Deutsche Bank AG, and partner at the law firm of Hogan & Hartson. She has been a member of the board of directors of the U.S. Chamber of Commerce since 2010, and is a director of Ryder System, Inc., and Parsons Corporation. She has a B.A. from Wellesley College, and a J.D. from the Northwestern University School of Law.

Ms. Kubisch has served as the president and CEO of The Ford Family Foundation since 2013. The Foundation aims to improve conditions in rural communities and to increase the well-being of children and families who live in those communities. She serves on multiple community boards, including The Leadership Council, the Community Healing and Recovery Team, and UCC Strong, as well as the Roseburg News-Review Community Board, and The California Endowment’s Building Healthy Communities Advisory Council. She is the former Director of The Aspen Institute in New York, NY, and holds a Master’s in Public and International Affairs from Princeton University. 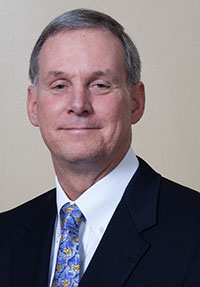 Mr. Zika has served as CEO of Hampton Lumber since 2003. Hampton Lumber is a family-owned forest products business headquartered in Portland, Oregon, employing 1,600 people primarily in Washington, Oregon, and British Columbia. Prior to joining Hampton Lumber, Mr. Zika was a director at NACOO Materials Handling Group and a director of accounting and reporting at Arthur Anderson. He is immediate past chair of the Western Wood Products Association and Oregon Forest Industries Council, and treasurer of the National Softwood Lumber Board. He holds a bachelor’s degree in business from Oregon State University.

The balance of the Portland Branch Board of Directors includes: