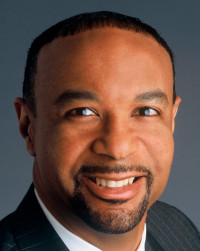 Porter is a devoted public servant and accomplished scholar and strategist. As a member of the San Francisco Fed’s senior executive team, he will lead the function that brings strategy and people together, recognizing that interconnectedness is vital to realize the organization’s vision of being the best in public service.

Porter will focus on continuing to evolve and integrate the Bank’s strategy, people, and risk functions in fresh and innovative ways to increase effectiveness and reimagine what great public service can be.

“David is passionate about ensuring everyone has a voice and finding ways to bring those diverse voices together to make the biggest impacts,” said President and CEO Mary C. Daly. “He is a tremendous thinker who always puts people first. That rare combination of skills means we are absolutely thrilled to welcome him to the San Francisco Fed.”

Porter joins the San Francisco Fed from UC Berkeley, Haas School of Business, where he served as chief diversity, equity, and inclusion officer. Previously, Porter was chief executive officer for the Walter Katz Foundation, a non-profit organization serving as a catalyst for increasing workforce and supplier diversity. He also served as the director of graduate programs at Howard University and spent 8 years at UCLA where he was a professor in human resources and organizational behavior and a faculty director in executive education.