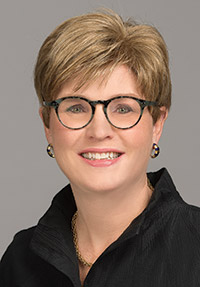 Ms. Pope joined Portland General Electric (PGE) in 2009 as chief financial officer and treasurer. She also oversaw the company’s power generation facilities, wholesale power marketing and long-term resource strategy as senior vice president of Power Supply, Operations and Resource Strategy. From 2006 to 2008, she was a member of PGE’s board of directors. Ms. Pope received her master’s in business administration from the Stanford Graduate School of Business, and her bachelor’s degree from Georgetown University.

The Bank also announced Charles A. Wilhoite, managing director of Willamette Management Associates in Portland, Oregon, has been re-designated as chair of the Portland branch board for 2020. In addition, they announced the reappointment of Anne C. Kubisch, president of The Ford Family Foundation in Roseburg, Oregon, to the Portland Branch board for a three-year term that begins January 1, 2020.

The remaining Portland Branch board of directors includes: