Los Angeles, California – The Federal Reserve Bank of San Francisco has appointed Maritza Diaz, chief executive officer of iTjuana, a technology services company based in the San Diego area that enables customers to create technology centers of excellence in Tijuana, to its Los Angeles branch board of directors. 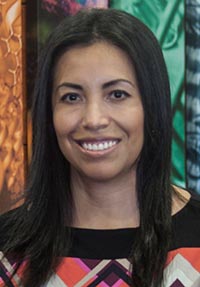 Ms. Diaz brings over 20 years of U.S. and international experience in information technology and software engineering. Prior to becoming the chief executive officer of iTjuana, Ms. Diaz served as senior director at Thermo Fisher Scientific where she was responsible for growing the company’s digital capabilities in North America, India and Mexico. Ms. Diaz is a thought-leader in the field of cross-border collaboration in the software industry between San Diego and Baja California.

She holds a bachelor’s in computer science from Army Polytechnic School in Ecuador and a master of business administration, with a concentration in technology management, from the University of Phoenix.

One vacancy remains on the Los Angeles Board, and recruitment is currently in progress.