San Francisco, CA – Cecil Plummer, President of the Western Regional Minority Supplier Development Council in Oakland, a non-profit that supports the growth and development of minority communities through the use of minority-owned businesses, has been appointed to the Bank’s Community Advisory Council (CAC). 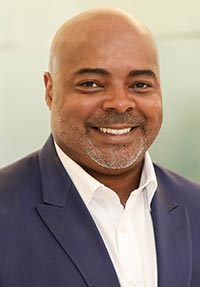 Mr. Plummer worked previously at Robert Half as Director of CSS Strategic Solutions. He has more than 15 years of executive leadership experience and has a solid background in strategic sourcing, change management and process improvement. Mr. Plummer has a bachelor’s degree in business from Madison University.

In addition to the appointment of Mr. Plummer, Terry Benelli, executive director of Local Initiative Support Corporation in Phoenix, and Fred Blackwell, President, The San Francisco Foundation, have been reappointed as Chair and Vice Chair, respectively.

The Community Advisory Council serves as an important source of information on current and pending developments in the Twelfth District with an emphasis on underserved and lower-income communities. The members provide observations, opinions and advice to the management of the Federal Reserve Bank of San Francisco on the present state of the economy and on developments in the respective members’ communities and areas of interest. CAC members reside within the nine-state District of this Reserve Bank and provide the Bank’s senior management with information on current and pending developments in the regional and national economies.