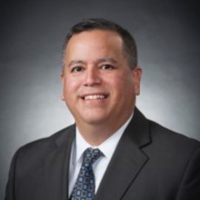 Mr. Jimenez has served as chief executive officer of 1st Capital Bank since April 2020. Previously, he was executive vice president and chief operating officer of Bank of Commerce Holdings. Mr. Jimenez is a certified public accountant. He holds a bachelor of applied science in finance and economics from California State University-Chico and a master’s of science in personal financial planning from the College for Financial Planning. 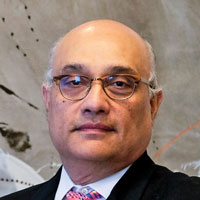 In addition to serving the Los Angeles community as president and chief executive officer of CTBC Bank Corp. (USA), Mr. Menai is deputy head of international business for CTBC’s holding entity. Previously, he served as president and chief executive officer of Charles Schwab Bank, and as a managing director at Citigroup’s Global Corporate & Investment Bank, in addition to a couple of decades in consumer banking at Citi, JP Morgan and Bank of America. Mr. Menai serves on the Federal Deposit Insurance Corporation’s Subcommittee on Modernization and as a board member of USC Rossier School of Education as well as Children’s Hospital Los Angeles. He holds a bachelor’s in economics, computers and information systems, and a master’s in business administration in finance, computers and information systems from the University of Rochester. 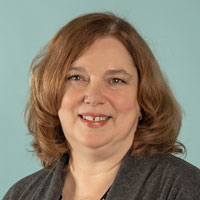 A lifelong Alaskan, Ms. Mongold has worked at Mt. McKinley Bank since she was a teenager, having started as a teller and worked in most areas of the bank. She was promoted to bank president in 2014, and in 2015 was elected president, chief executive officer and chairman of the board. Ms. Mongold is currently a treasurer for three nonprofit organizations, chair of another and secretary of a fourth. 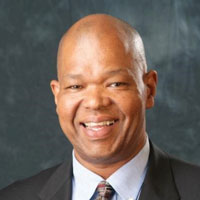 Prior to serving as president and chief executive officer of UNCLE Credit Union, Mr. Roundtree served as the senior vice president of retail banking for Technology Credit Union in San Jose, California. Mr. Roundtree is chairman of the Livermore Valley Chamber of Commerce, serves on the housing committee of the California Credit Union League and as vice president of the African American Credit Union Coalition. He holds a bachelor of science in business administration from California State University and a master’s in business administration in management from Golden Gate University. 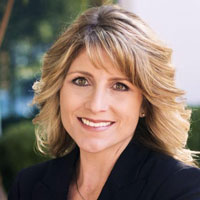 Ms. Watkins has served as president and chief executive officer of Lexicon Bank since 2020. She has over 27 years of experience in banking, including 24 years spent in management and 18 years in a regional management level position. Fueled by her commitment to community service, Ms. Watkins is a past chairman of the board for Junior Achievement of Southern Nevada and currently serves as the Capital Campaign, Family Gifts Division. Additionally, Stacy spearheads the Lexicon Bank Community Spotlight program, a monthly initiative that highlights local non-profit organizations that are making a difference in the Southern Nevada community and connects them with banking partners and clients to help support their missions. She holds bachelor degrees in business administration and management from the University of Phoenix and a business of banking certificate from Pacific Coast Banking School.

Janet Silveria, president and chief executive officer of Community Bank of Santa Maria in Santa Maria, California, a current member of the Twelfth District’s CDIAC, has been reappointed chair of the council for 2022, and will also continue to serve as the San Francisco Fed’s representative on the national CDIAC.

The remaining CDIAC members include:

Established in 2010 by the Board of Governors, the Community Depository Institutions Advisory Council is a group that represents banks, thrift institutions, and credit unions of various sizes within the Twelfth District. The council provides input to the Bank’s senior management on a variety of topics, including economic and banking conditions, regulatory policies, payment issues and other issues of interest to community depository institutions. Members typically serve three-year terms.