SAN FRANCISCO – The Federal Reserve Bank of San Francisco announced today that Louise Willard has been appointed to the position of chief information officer and executive vice president of Information and Technology Services, effective July 15, 2022. She will be the first female CIO in the Bank’s history and will lead the ITS group, the Bank’s largest employee team. 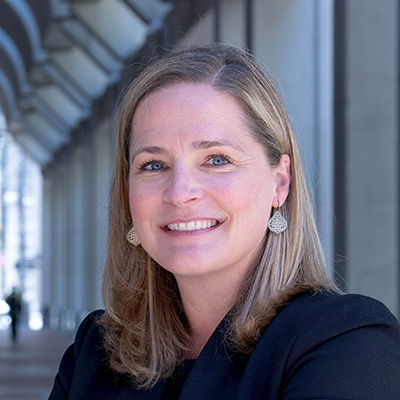 Willard, who has worked at the San Francisco Fed since 1997, previously served as the Bank’s senior vice president and CIO of the Cash Product Office. As the principal technology leader for the Bank, Willard will plan, implement, design and drive the delivery of the San Francisco Fed’s overall technology strategy and services with an emphasis on digital transformation and innovation. She succeeds Gopa Kumar, the Bank’s previous CIO, who retired earlier this year after a 28-year career at the SF Fed.

“We are excited for Louise to lead the Bank’s ITS team and continue their work in providing innovative and strategic technologies that protect our economic, financial and payments systems,” said President and CEO Mary C. Daly. “She is the leader we need to build the cutting-edge enterprise services essential to the overall success of the Fed. Her passion and expertise will help us deliver leading technology today to support tomorrow’s economy.”

Throughout her 25-year career at the San Francisco Fed, Willard has embraced numerous leadership roles, including on the Federal Reserve Financial Services (FRFS) Technology Group, where she was responsible for technical product line management and technology strategy for the retail, wholesale and cash product lines.

“I am honored and excited to lead the SF Fed’s technology strategy,” said Willard. “Continuing our digital evolution, which is key to our mission, is a top priority. I look forward to working with this great team to build upon our strong technology foundation and shape our bright future.”

Willard has a Bachelor of Arts in economics from Scripps College in Claremont, California. She was recently inducted into the Claremont-Mudd-Scripps Hall of Fame for achievements on the cross-country and track teams.

To learn more about Information and Technology Services jobs at the Federal Reserve Bank of San Francisco, go to ITS jobs at the SF Fed.