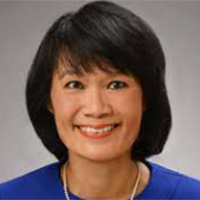 Ms. Ngo is the Chair of Central Pacific Financial Corp (NYSE: CPF) since January 1, 2023 (before that, Executive Vice-Chair since January 1, 2022). Prior to this, she served as president of Central Pacific Bank (CPB) for seven years, since 2015 (after joining CPB in 2010 as executive vice president and chief administrative officer). Prior to joining CPB, Ms. Ngo was a founding general partner of Startup Capital Ventures, an early-stage venture capital firm established in 2005, with investments in Silicon Valley and Hawaii, as well as in China.

A graduate of the University of Virginia School of Law, Ms. Ngo started her career in private law practice for seven years, then joined Silicon Valley Bank (SVB) as executive vice president and general counsel, until 2005. She also served as chief operating officer of Alliant Partners, the investment banking subsidiary of SVB. Ngo also serves on the Board of Trustees of the Queen’s Health Systems (and is Chair of Queen’s Board Finance Committee), Advisory Board of Catholic Charities of Hawaii, Advisory Board for Trust for Public Lands, Board of Directors of Hawaii Gas, and Board of Governors of Hawaii Community Foundation. 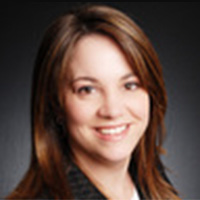 Ms. Portmann has served as president and chief executive officer of Bank of the Pacific in Aberdeen, Washington, the wholly-owned subsidiary of Pacific Financial Corporation (PFC), since January 2014. Previously, Ms. Portmann was executive vice president and chief financial officer and also served as treasurer, senior vice president, and controller. Prior to joining PFC, she served as chief financial officer for Harbor Community Bank from 1999 to 2001 and was employed in the public accounting sector for five years, specializing in auditing financial institutions. Denise holds a bachelor of science degree in accounting from Central Washington University. She serves on the board of the Community Bankers of Washington and the Grays Harbor College Foundation.  Additionally, she was recently named to the ICBA Federal Delegate board and the Oregon Bankers Association. 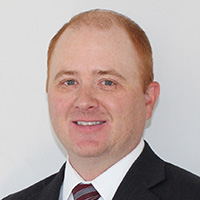 Mr. White has served as president and chief executive officer of Utah Independent Bank In Salina, Utah, since February 2020. Previously, he was chief financial officer of the bank. As a teenager, Mr. White worked as a teller at the family-owned bank, where he has held nearly every job over the past 20 years. He holds a bachelor’s in business administration and management from Southern Utah University and is a graduate of the Pacific Coast Banking School.

The remaining CDIAC members include:

Established in 2010 by the Board of Governors, the Community Depository Institutions Advisory Council is a group that represents banks, thrift institutions, and credit unions of various sizes within the Twelfth District. The council provides input to the Bank’s senior management on a variety of topics, including economic and banking conditions, regulatory policies, payment issues, and other issues of interest to community depository institutions. Members typically serve three-year terms.