Maintaining the quality and integrity of currency in circulation is an important part of our overall mission, and the 12th District Cash Operation is responsible for the administrative services and controls that provide currency and coin to financial institutions in the largest of the 12 Federal Reserve Districts.

The 12th District has cash operations at its head office in San Francisco, its branch locations in Los Angeles, Salt Lake City, and Seattle, and at its Phoenix processing center. These locations manage the movement of cash to and from their customers (financial institutions) and conduct detailed accounting and reporting. They also monitor processes for efficiency to reduce processing costs and ensure that operations are run in compliance with Federal Reserve and U.S. Treasury standards.

Cash Operations rely on sophisticated automation tools to quickly and efficiently process the millions of notes they receive on a daily basis. For example, the 12th District processed 18.4 billion currency notes in 2012, which is about 73.3 million notes per business day. They use high speed computer controlled machines to sort and process the notes, and each machine is capable of verifying over 1,800 notes per minute. The machines also intercept suspect notes and destroy old, worn out notes.

Here are three examples of the automation tools that Cash Operations use to process the currency and store it for circulation: 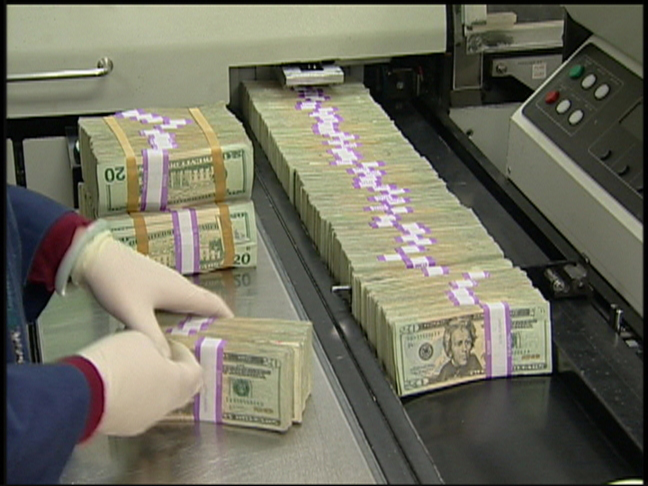 Cash offices use currency processing machines designed with state-of-the-art sensors to count, sort, and inspect currency for quality and authenticity. 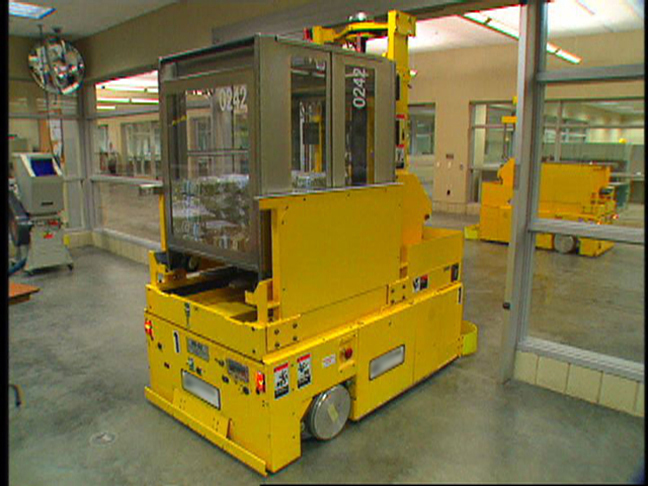 Some offices with automated cash vaults use AGVs to store and retrieve containers of currency. 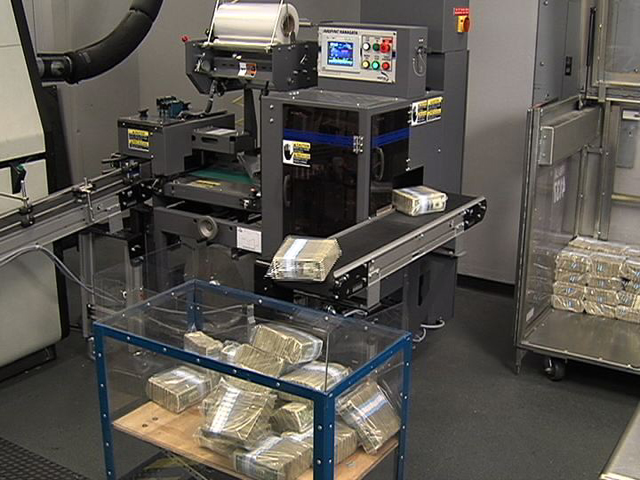 This system provides an efficient alternative to the manual bagging process required after currency has been processed by our banknote processing machines. It eliminates over 12,000 repetitive motions per day. 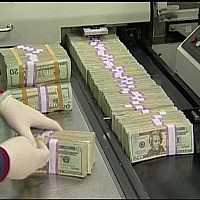 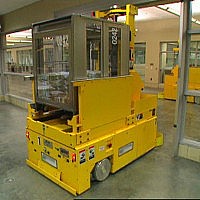 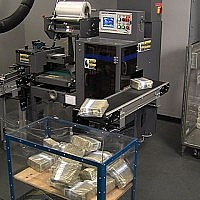 Accounting for all the counting

The accounting processes in Cash Operations are especially complex, considering all the statistical reporting associated with the cash that’s being received, stored, counted, examined for quality control and counterfeiting, transported to customers, and even destroyed when it doesn’t meet quality-control standards.

The accounting is closely monitored, reported, and audited regularly with reports going to both the 12th District Board of Directors and to the Federal Reserve Board of Governors in Washington, D.C.