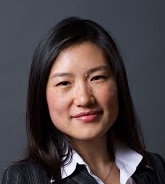 The Impact of COVID on Productivity and Potential Output

abstract (+)
The U.S. economy came into the pandemic, and looks likely to leave it, on a slow-growth path. The near- term level of potential output has fallen because of shortfalls in labor that should reverse over time. Labor productivity, to a surprising degree, has followed an accelerated version of its Great Recession path with initially strong growth followed by weak growth. But, as of mid-2022, it appears that the overall level of labor and total factor productivity are only modestly affected. The sign of the effect depends on whether we use the strong income-side measures of pandemic output growth or the much weaker expenditure-side measures. There is considerable heterogeneity across industries. We can explain some but not all of the heterogeneity through industry differences in cyclical utilization and off-the-clock hours worked. After accounting for these factors, industries where it is easy to work from home have grown somewhat faster than they did pre-pandemic. In contrast, industries where it is hard to work from home have performed extremely poorly.

abstract (+)
Over time and across states in the U.S., both the number of firms and the number establishments are closely tied to overall employment. By comparison, the number of businesses is at best weakly related to overall output per worker. In many models of firm dynamics, trade, and growth with a free entry condition, these facts imply that the costs of creating a new firm or plant increase sharply with productivity growth. This increase in entry costs can stem from rising cost of labor used in entry combined with weak knowledge spillovers from prior entry. How entry costs vary with growth matters for welfare. For example, our findings suggest that productivity enhancing policies will not induce entry of firms or plants, thereby limiting the total impact on welfare.

The Asymptotic Distribution of Estimators with Overlapping Simulation Draws

A Theory of Falling Growth and Rising Rents

Forthcoming in Review of Economic Studies | with Aghion, Bergeaud, Boppart, and Klenow

abstract (+)
Growth has fallen in the U.S. amid a rise in firm concentration. Market share has shifted to low labor share firms, while within-firm labor shares have actually risen. We propose a theory linking these trends in which the driving force is falling overhead costs of spanning multiple products or a rising efficiency advantage of large firms. In response, the most efficient firms (with higher markups) spread into new product lines, thereby increasing concentration and generating a temporary burst of growth. Eventually, due to greater competition from efficient firms, within-firm markups and incentives to innovate fall. Thus our simple model can generate qualitative patterns in line with the observed trends.

Productivity Slowdown: Reducing the Measure of Our Ignorance

Forthcoming in The Economics of Creative Destruction: New Research on Themes from Aghion and Howitt | with Boppart

abstract (+)
We derive the asymptotic distribution of the parameters of the Berry et al. (1995, BLP) model in a many markets setting which takes into account simulation noise under the assumption of overlapping simulation draws. We show that, as long as the number of simulation draws R and the number of markets T approach infinity, our estimator is √m = √min(R,T) consistent and asymptotically normal. We do not impose any relationship between the rates at which R and T go to infinity, thus allowing for the case of R << T. We provide a consistent estimate of the asymptotic variance which can be used to form asymptotically valid confidence intervals. Instead of directly minimizing the BLP GMM objective function, we propose using Hamiltonian Markov chain Monte Carlo methods to implement a Laplace-type estimator which is asymptotically equivalent to the GMM estimator.
supplement (+)
wp2019-24_appendix.pdf – Supplemental appendix

abstract (+)
Recent work highlights a falling entry rate of new firms and a rising market share of large firms in the United States. To understand how these changing firm demographics have affected growth, we decompose productivity growth into the firms doing the innovating. We trace how much each firm innovates by the rate at which it opens and closes plants, the market share of those plants, and how fast its surviving plants grow. Using data on all nonfarm businesses from 1982–2013, we find that new and young firms (ages 0 to 5 years) account for almost one-half of growth–three times their share of employment. Large established firms contribute only one tenth of growth despite representing one-fourth of employment. Older firms do explain most of the speedup and slowdown during the middle of our sample. Finally, most growth takes the form of incumbents improving their own products, as opposed to creative destruction or new varieties.

abstract (+)
For exiting products, statistical agencies often impute inflation from surviving products. This understates growth if creatively-destroyed products improve more than surviving ones. If so, then the market share of surviving products should systematically shrink. Using entering and exiting establishments to proxy for creative destruction, we estimate missing growth in US Census data on non-farm businesses from 1983 to 2013. We find missing growth (i) equaled about one-half a percentage point per year; (ii) arose mostly from hotels and restaurants rather than manufacturing; and (iii) did not accelerate much after 2005, and therefore does not explain the sharp slowdown in growth since then.

abstract (+)
This paper derives explicit error bounds for numerical policies of η-concave stochastic dynamic programming problems, without assuming the optimal policy is interior. We demonstrate the usefulness of our error bound by using it to pinpoint the states at which the borrowing constraint binds in a widely used income fluctuation problem with standard calibrations and a firm production problem with financial constraints.

abstract (+)
This paper studies the income fluctuation problem without imposing bounds on utility, assets, income or consumption. We prove that the Coleman operator is a contraction mapping over the natural class of candidate consumption policies when endowed with a metric that evaluates consumption differences in terms of marginal utility. We show that this metric is complete, and that the fixed point of the operator coincides with the unique optimal policy. As a consequence, even in this unbounded setting, policy function iteration always converges to the optimal policy at a geometric rate.

Labor Productivity in a Pandemic

Disruptions to Starting a Business during COVID-19

Nonmanufacturing as an Engine of Growth

How Does Business Dynamism Link to Productivity Growth?

The Impact of COVID on Productivity and Potential Output

abstract (+)
The level of potential output is likely to be subdued post-COVID relative to its previous estimates. Most clearly, capital input and full-employment labor will both be lower than they previously were. Quantitatively, however, these effects appear relatively modest. In the long run, labor scarring could lead to lower levels of employment, but the slow pre-recession pace of GDP growth is unlikely to be substantially affected.

abstract (+)
There is much concern that the Covid-19 crisis may be particularly tough for relatively young firms to survive. Given that much innovation is attributed to young firms, this could then harm overall productivity. This column uses the dynamics of various firms’ market shares in order to infer their growth contributions. Compared to studies focusing on patents and R&D spending, the authors find a much bigger role for new and young firms in terms of accounting for productivity growth. Protecting young firms is therefore essential to mitigating the productivity damage of Covid-19.

abstract (+)
Slowing growth of total factor productivity has led some to suggest that the world is running out of ideas for innovation. This column suggests that the way output is measured is vital to assessing this, and quantifies the role of imputation in output measurement bias. By differentiating between truly ‘new’ and incumbent products, it finds missing growth in the US economy. Accounting for this missing growth will allow statistical offices to improve their methodology and more readily recognise the ready availability of new ideas, but also has implications for optimal growth and inflation targeting policies.