San Francisco is the headquarters of the Twelfth Federal Reserve District, which includes the nine western states—Alaska, Arizona, California, Hawaii, Idaho, Nevada, Oregon, Utah, and Washington—plus American Samoa, Guam, and the Commonwealth of the Northern Mariana Islands. Of the twelve Federal Reserve Districts, the Twelfth District is the largest by geography and the size of its economy.

Related: Key Facts about The Twelfth District | History of the 12th District | Commitment to a Diverse Workforce

Office of the President

Mary C. Daly took office as President and Chief Executive Officer of the Federal Reserve Bank of San Francisco on October 1, 2018. In this role, she serves on the Federal Open Market Committee, bringing the Fed’s Twelfth District’s perspective to monetary policy discussions in Washington. 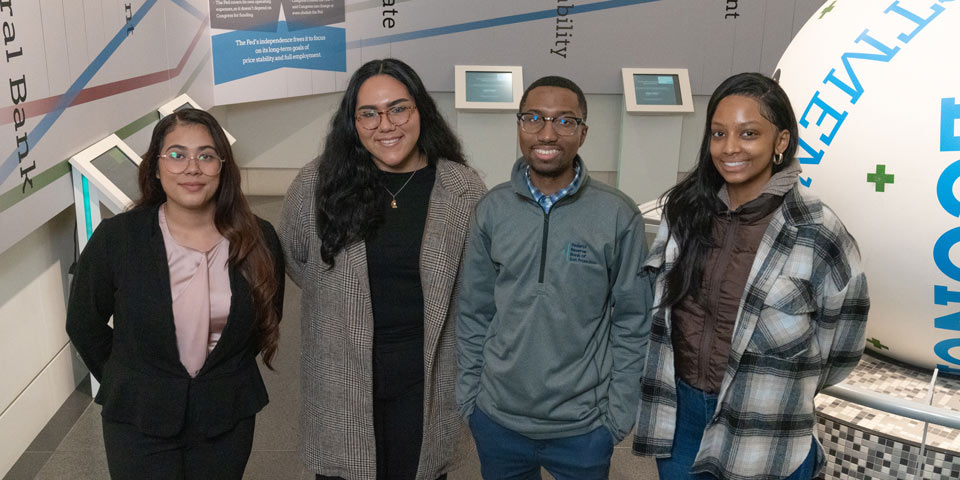 Hiring early career talent is one way the SF Fed is keeping up with the times as more workers near retirement age in the United States. Our recent UC Merced graduates share their stories, early impressions of the Bank's partnership with their University, and what growths they hope for as they continue in their careers at the SF Fed.

Work for the Fed

Learn how a career here will put you at the center of the financial world.