Beyond the Numbers: Amidst Signs of Progress, Inflation Concerns Persist in the Federal Reserve’s Twelfth District 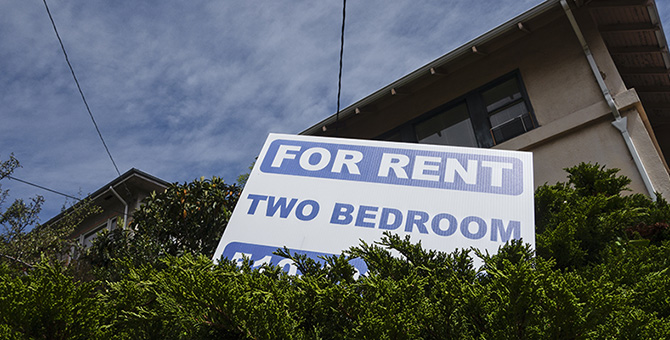 In February, the SF Fed convened a round of listening sessions with community and business leaders about the impact of inflation on their economic outlooks. To get a sense of how economic conditions have–or have not–evolved over the last six months, we again sat down with Twelfth District leaders in August.

As with earlier sessions, we spoke with community organizations that address barriers to economic opportunity for low- to moderate-income people and people of color. We also talked to business leaders representing the District’s leading industries—information technology, professional and business services, construction, food and agriculture, and leisure and hospitality.

The perspective on the economy that emerged from these conversations was decidedly mixed. Some businesses pointed to signs that inflationary pressures have started to abate in certain specific sectors, especially oceanic shipping, and with certain materials like lumber. At the same time, they stressed that broad relief from rising prices remained elusive. Community leaders echoed the concern with persistent inflation, placing special emphasis on rising housing costs as a particularly worrisome development for the communities they serve. They also pointed out that barriers to work, such as childcare and transportation costs, have been exacerbated by increasing prices that not only affect low- to moderate-income individuals and families, but increasingly those who are middle- and upper-income as well.

Community leaders from across the District agreed that inflation pressures haven’t eased much for the communities in which they live and work, with the prices of necessities—particularly food, energy, and housing—continuing to outpace wages. The persistent pressure of high prices has exacerbated day-to-day difficulties for many families.

As rental and home prices are skyrocketing, leaders said assistance programs like housing vouchers aren’t keeping pace with inflation. Rental relief programs and eviction moratoriums instituted during the COVID-19 pandemic are expiring. Coupled with rising prices for food, medicine, and other basics, people are unable to find affordable places to live, or are facing the risk of losing their home.

“We’re seeing more individuals come to us asking for emergency food bags, which contains prepared items or things that can be easily eaten if they become homeless, rather than a box that needs to be prepared in their home with cooking utensils and a stove,” said a participant.

“The new affordable housing is a car… It’s the hospital. It’s incarceration. Those are the three places they have a place to sleep that’s safe,” said another.

For seniors in some states who have retired and/or are on fixed incomes, “they can’t afford to stay in their homes, even when they own the home and they’re paid off, because property taxes have risen so high and the utility bills are so much higher.”

With housing prices rising so rapidly in the Twelfth District, some leaders said they are seeing families consider relocating out of state to more affordable areas.

Inflation has also impacted other barriers to employment that affect lower income workers, including childcare and transportation.

For some families, the wages offered aren’t enough to offset the cost of gas to get to work and the cost of day care or after school care. For others, “they’re in this weird tension of making a little bit more but then losing benefits. They might lose more in benefits than what they’re making or would make through a promotion or a newer or better job,” according to one leader.

To get by, some extremely low-income families are participating in an “informal economy,” which may include relying on social service organizations for resources and support and bartering with others in their community.

Non-profit leaders also said they’re seeing more individuals taking an entrepreneurial route rather than working for someone else or being more selective about the type of work they’re willing to do. Workers understand that “what worked in the past may not work now, so they’re using this time to try something different.”

“People are saying, it’s not worth it. Why would I work 16 hours a day and still live in poverty?” said one leader.

To better support these individuals, community leaders stressed the need for training and bridging programs that offer paths for new or low skilled workers to move into higher paying, higher skilled jobs in sectors like construction and healthcare.

“The economy is shifting. We need to make sure that the families who were left behind in the previous one, now have the opportunity to bridge to this new one and be part of that exciting new future, rather than just putting up with what they need to survive.”

At a time when their services are in high demand, non-profits are also feeling the impact of inflation when it comes to their own staffing and operations.

Revenues are often fixed for non-profits due to government contracts and limited grant funding. Non-profit leaders said their budgets can’t keep up with the need for increased wages and benefits to attract and retain staff in the current labor market, while having to manage other increases in their operating expenses.

“We’re losing our well-trained staff to organizations that can pay more,” said one leader.

Participants did agree that their ability to attract and retain staff isn’t solely limited to salaries. Other benefits that have been key to getting their employees to stay include flexible working schedules, options to work remotely, and organizational culture.

Another leader discussed the difficulty of operating a food bank when food prices are up by double digits and donations are down—which means having to spend more than the organization planned on food purchases. “You cannot control your supply or demand…that’s exactly what food banks are having to deal with right now.”

A bright side, said one leader, is that some private foundations have been receptive to changing their approach to account for the impacts and uncertainties brought by inflation. For example, funders have been open to giving three- to five-year contracts, as well as taking into consideration inflation and the need for larger grants to cover higher operating and staff costs.

“The pig is moving through the python”

Overall, business leaders offered a mixed assessment of the continuing impact of inflation on the District’s economy and business climate. For every indication of progress—for example, a significant fall in ocean shipping prices—they also noted the persistence of difficulties such as attracting and retaining employees. Many leaders also underscored that the high inflation environment has had knock-on effects like employee burnout and business closures that have further complicated their operations and outlook.

Many business leaders noted a general improvement in the supply chain. Representatives of shipping companies and businesses that depend on ocean transport noted that the cost of shipping containers has fallen quite dramatically. A number of businesses reported that delays for certain products have eased.

Nonetheless, as one representative noted, “the current situation isn’t close to replicating the lean and smooth supply chain flow of the past.” While the cost of ocean shipping has eased, rail and truck transportation remain more expensive than in the past. Even as the backlog for some raw materials and products have declined, sourcing sufficient supplies continues to be a major challenge of doing business in the Twelfth District. And for certain products such as electrical gear and cement powder the backlogs have barely budged.

Supply chain difficulties also varied by sector and industry. From equipment to ingredients, restaurant owners continue to face outsized supply chain challenges as compared to other types of businesses. Owners reported constantly chasing new suppliers as items cycle in and out of stock. To lessen their dependence on national and international supply chains, some restaurateurs looked to more local suppliers.

Participants consistently reported that the job market remains tight. Turnover remains high and there is intense competition for semi-skilled and skilled labor across the District’s sectors. As one participant phrased it, “Everyone is trying to steal” our people “all of the time.”

Hiring challenges are not only the result of direct competition for employees. Roundtable participants indicated they also result because people are seeking different working conditions. Businesses that need employees to be on-site reported recruiting difficulties because of people’s preference for remote work. Additionally, several listening session participants noted losing employees to gig economy jobs because of the scheduling flexibility such positions offer.

Notably, a degree of the turnover that businesses report is not related to inflation but to staff burnout. A grocer in the District told the story of a manager who left without the prospect of another job because they had not had a vacation in more than a year and didn’t know when they could take one. Another leader noted that restaurant owners are either closing or selling their businesses because they are overworked.

In response to these labor market challenges, employers discussed a number of strategies they have employed. First, multiple employers reported increasing wages for staff, and in some cases multiple times over the past year, which they said was unprecedented. Participants are also offering larger annual wage increases than they did before the pandemic.

To attract and retain staff, participants have taken several approaches, including offering new benefits such as 401k investment plans, instituting mentoring programs, and being more proactive in strengthening their diversity, equity, and inclusion programs. They have also expanded their hiring pool and concentrated on recruiting younger workers.

Asked to look ahead, participants saw continued inflation pressures and tight labor markets. Many businesses noted that suppliers are passing through cost increases. In turn, businesses have increased their prices, although the ability to do so varies from industry to industry. Companies that face highly competitive markets reported more difficulty in raising their own prices. While there has been some easing in the labor market, most participants expected attracting and retaining employees to continue to be a challenge. There was no clear consensus about how long the current high inflation environment will persist and expectations varied by industry.

This latest round of listening sessions confirmed the importance of the Federal Reserve’s focus on moving decisively to lower inflation. As participants made clear, rising prices continue to have a significant impact on the operations, lives, and livelihoods of residents and businesses across the Twelfth District. The San Francisco Fed is dedicated to meeting the needs of the people we serve, and we will continue to listen to and learn from our communities.