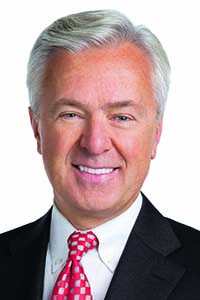 San Francisco, California — The Federal Reserve Bank of San Francisco’s board of directors has reappointed John G. Stumpf, chairman and CEO of Wells Fargo & Company to represent the District on the Federal Advisory Council for a second one-year term beginning January 1, 2016.

The Federal Advisory Council, a body created by the Federal Reserve Act, consists of one member—generally from the commercial banking industry—from each of the twelve Reserve Bank Districts. The council ordinarily meets four times a year with the Board of Governors in Washington, D.C., to discuss economic and banking matters. Members customarily serve three one-year terms.

Mr. Stumpf became chairman for Wells Fargo & Company in January 2010. A 33-year veteran of the company, he joined the former Norwest Corporation (predecessor of Wells Fargo) in 1982 in the loan administration department for Norwest Bank in Minneapolis. He was named CEO of Wells Fargo in June 2007, elected to Wells Fargo’s Board of Directors in June 2006, and served as president from August 2005 to November 2015. He previously served as Group executive vice president of Community Banking, Wells Fargo from 2002, Head of the Western Banking Group, 2000, and Head of the Southwestern Banking Group 1998.

He serves on the board of directors for The Clearing House, the Financial Services Roundtable, Target Corporation and Chevron Corporation.

Mr. Stumpf holds a BA from St. Cloud University (St. Cloud, MN) and an MBA from the Carlson School of Management at the University of Minnesota.