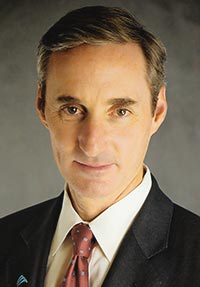 Mr. Sanborn joined Seacoast Commerce Bank in 2007 and has served as a director, president and chief executive officer. He is a 27+ year veteran of the banking industry. Previously, Mr. Sanborn also served as a member of the Bank’s Community Depository Institutions Advisory Council since 2017, including serving as chair in 2018 and 2019. He holds an associate’s degree in computer science and bachelor’s degree in accounting from Bentley College in Waltham, Massachusetts. He has a master’s in business administration from California Pacific University in San Diego.

The Bank also announced the reappointment of Barry M. Meyer, chairman and CEO (retired) of Warner Bros Entertainment and founder of North Ten Mile Associates, a strategic consultancy firm specializing in entertainment industry clients and issues, as a Class C director for the first year of a three-year term that begins January 1, 2020. Mr. Meyer was also re-designated as San Francisco Board Chair for 2020.

In addition, the Bank announced the re-designation of Rosemary Turner as Deputy Chair of the San Francisco Board for 2020. Ms. Turner retired as president of UPS Northern California, where she worked for nearly 40 years.

It was also announced that Sanford L. Michelman, Chairman of Michelman & Robinson, LLP in Los Angeles, California, was re-elected by banks in Group One as a Class B director for another three-year term on the San Francisco Head Office Board.

The remaining San Francisco Head Office Board of Directors includes: