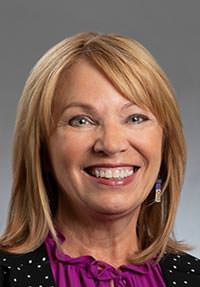 Ms. Gore has been president and chief executive officer of CIHA since 2000. CIHA was established in 1974 and is engaged in construction, development, management and operations of mixed-income and mixed-use affordable housing. CIHA owns and manages a portfolio of more than 1,600 units in seven neighborhoods, three rural communities and two towns, all located in Southcentral Alaska.

Prior to her role at CIHA, Ms. Gore was vice president of Income Properties, Cook Inlet Region Inc., where she managed a national and Alaskan-based portfolio valued at more than $200 million. Ms. Gore has also served as a member of the San Francisco Fed’s Community Advisory Council for the past three years.

Ms. Gore is a fourth-generation Alaskan. She studied economics, finance and marketing at the University of Alaska, Anchorage, and completed the Harvard John F. Kennedy School of Government Senior Executive Education program.

The remaining members of the Seattle Branch Board of Directors include: