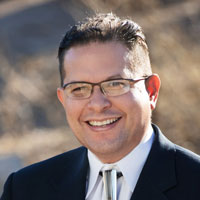 Mr. Castillo is chief executive officer of Native Community Capital, a nonprofit, Treasury-certified Native Community Development Financial Institution with offices in New Mexico and Arizona. He previously worked with Inter Tribal Council of Arizona, Inc. Mr. Castillo serves on the board of directors of New Mexico Community Capital and the Housing Assistance Council. He holds bachelor’s and master’s degrees in sociology from Stanford University, and a master’s of business administration from Arizona State University. 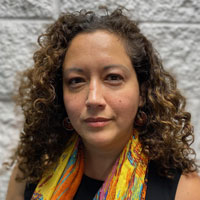 Ms. Castro is the executive director of Suazo Business Center, a Utah nonprofit organization focused on economic mobility for the region’s underserved communities. She has more than 20 years of experience working with nonprofit, government and for-profit organizations including consulting for Fortune 500 companies, the State of Utah, Salt Lake City, Salt Lake County, and forward-looking non-profits such as the Utah Microenterprise Loan Fund, the Austin Project, in Austin, Texas, and the Goldman Sachs 10K Program. Ms. Castro serves on the Board of Trustees for Salt Lake Community College, the Executive Committee of Envision Utah, the Wasatch Front Regional Council’s Economic Development District, the Utah Advisory Board for Western Governors University, the Small Business Advisory Board for MOFI, and she is a Senior Advisor to the Kem C. Gardner Policy Institute at the University of Utah.  She holds a bachelor of arts degree in international business from Westminster College of Salt Lake City and a master of business administration from the University of Utah.

Established in 2017, the Twelfth District Community Advisory Council (CAC) serves as an important source of information on current and pending developments in the Twelfth District with an emphasis on underserved and lower-income communities. The members provide observations, opinions and advice to the management of the Federal Reserve Bank of San Francisco on the present state of the economy and on developments in the respective members’ communities and areas of interest. The Council will also provide input to the Bank’s community development activities. The Twelfth District Community Advisory Council members reside within the nine-state District of this Reserve Bank.