SEATTLE – The Federal Reserve Bank of San Francisco has announced two new appointments to its Seattle Branch Board of Directors, effective January 1, 2022. 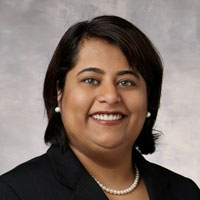 In addition to serving as the U.S. co-managing partner of K&L Gates (with 46 offices worldwide and 24 offices in the United States), Ms. Wahi serves as managing partner of the Seattle office, chair of the firmwide diversity committee and is a member of the firmwide Management Committee. She practices complex commercial litigation with an emphasis on corporate and intellectual property litigation. She is an experienced and prominent litigator in the local and national arena and business community.

Ms. Wahi serves on the boards of the Seattle Metropolitan Chamber of Commerce, the Woodland Park Zoo and the King County Bar Foundation.  She also serves as an advisory board member to the Global Business Law Institute at the University of Washington School of Law and is involved with the International Women’s Forum. Ms. Wahi received a bachelor’s of arts in history from St. Stephen’s College, New Delhi, and a master of arts in law from the University of Cambridge. 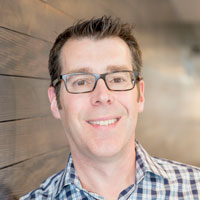 Mr. Senske joined Pearson Packaging Systems 1997 and held a wide variety of positions, including product manager, director of business development and vice president sales and marketing before assuming the role of president and chief executive officer in 2005. Previously, he worked in the product support services division of the consumer division unit at Microsoft Corporation. Mr. Senske serves on the board of directors for Colmac Holding Company as well as on the boards of the Association of Washington Business (past chair) and The Washington Roundtable. He holds a bachelor of arts in psychology from the University of Washington and is a graduate of Harvard Business School’s Owner/President Management Program.

In addition, Sheila Edwards Lange, chancellor, University of Washington, Tacoma, was designated chair of the Seattle Branch Board for 2022.

The remaining members of the Seattle Branch Board of Directors include: