SAN FRANCISCO – The Federal Reserve Bank of San Francisco has announced new leadership designations and appointments to its Head Office Board of Directors, effective January 1, 2022. 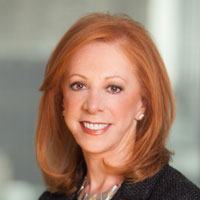 Ms. Lundgren has served as president, chief executive officer and director of Schnitzer Steel Industries since 2008. Prior to joining the company in 2005, she was a managing director in investment banking at JPMorgan Chase and Deutsche Bank in New York and London, respectively. She serves as an independent director on the boards of Ryder System, Inc. and the U.S. Chamber of Commerce. Ms. Lundgren was appointed to the Bank’s Head Office Board of Directors in 2018 and previously served as chair of the Bank’s Portland Branch Board of Directors. She holds a bachelor’s degree from Wellesley College, and a J.D. from the Northwestern University School of Law. 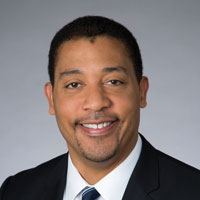 In addition to his role at SAG-AFTRA, the world’s largest entertainment union, Mr. White is a strategy advisor to USC’s Center for the Digital Future and an independent director for the global consulting firm RGP. Previously, he worked as managing principal at Entertainment Strategies Group LLC, in Los Angeles. Mr. White was appointed to the Bank’s Head Office Board of Directors in 2019. He holds a bachelor’s degree in political science from Grinnell College, as well as bachelor’s degrees in politics, philosophy, and economics from Oxford University. He obtained a JD from Stanford Law School.

The Bank also announced two new appointments to its Head Office Board of Directors. Mario Cordero, executive director of the Port of Long Beach in Long Beach, California, was appointed by the Federal Reserve Board of Governors to serve as a Class C director; and Simone Lagomarsino, president and chief executive officer of Luther Burbank Corporation in Santa Rosa, California, was elected by member banks in Group 2 to serve as a Class A director. 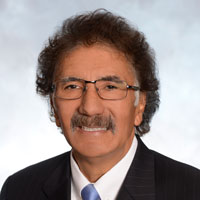 In 2017, Mr. Cordero was named executive director of the Port of Long Beach, the second busiest port in the U.S. Prior to his current role, Mr. Cordero served as a White House appointee to the Federal Maritime Commission beginning in 2011, where he also served as chair from 2013 to 2017. Prior to his appointment by President Obama to the Federal Maritime Commission, Mr. Cordero was a practicing attorney and an adjunct professor of political science at Long Beach City College. Mr. Cordero was formerly a director of the Bank’s Los Angeles Branch Board of Directors. He holds a bachelor of science in political science from California State University, Long Beach, and a juris doctor degree from the University of Santa Clara. 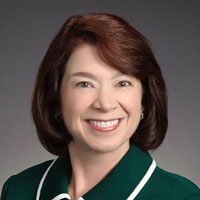 In addition to serving as president and chief executive officer of Luther Burbank Corporation, Ms. Lagomarsino leads its executive committee. Previously, Ms. Lagomarsino served as president and chief executive officer of the Western Bankers Association and as a director of Pacific Premier Bancorp. Ms. Lagomarsino serves on the boards of directors of the Federal Home Loan Bank of San Francisco and Hannon Armstrong Sustainable Infrastructure Capital, Inc., and was previously a member of the Twelfth District’s Community Depository Institutions Advisory Council. She holds a bachelor of arts in economics from Claremont McKenna College and a master of business administration in finance from Claremont Graduate School.

The remaining members of the San Francisco Head Office board of directors include: