New members of the EAC include: Robert Camarillo, executive secretary of Oregon State Building and Construction Trades Council in Portland, Oregon; Peter Guzman, president and chief executive officer of Latin Chamber of Commerce – Nevada, and president and founding principal of The Opa Group, which are both located in Las Vegas; Kevin Jacobsen, executive vice president and chief financial officer of The Clorox Company in Oakland, California; and Karin Kimbrough, chief economist of LinkedIn in Sunnyvale, California. 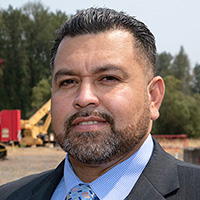 Mr. Camarillo leads The Oregon State Building and Construction Trades Council, an umbrella organization representing 31 affiliated member unions from an array of crafts. His current role includes participation in a number of industry development boards. Earlier in his career, Mr. Camarillo served as president of the Columbia Pacific Building and Construction Trades Council. Before that, he was lead organizer for the Pacific Northwest District Council, where he helped coordinate union organizing campaigns. Mr. Camarillo also served as business agent, vice president, and president of Iron Workers Local 29 in Portland, where he completed his iron worker apprenticeship. He serves on the board of directors of Oregon Tradeswomen. 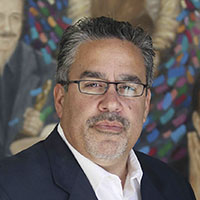 Mr. Guzman has served as president and chief executive officer of the Latin Chamber of Commerce in Nevada since December 2015. He is also currently the president and founding principal of The Opa Group, a real estate development and business consulting company with a global clientele that was founded in 2000. Mr. Guzman has extensive experience as a real estate investor, developer, and broker. 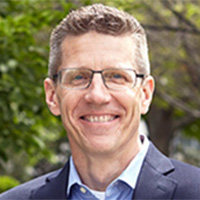 Mr. Jacobsen is executive vice president and chief financial officer for Clorox, where he is responsible for general accounting, external reporting, financial planning, treasury, tax, internal audit and investor relations. Over the past 28 years at the company, he has held several finance leadership positions at corporate and business unit levels, including roles supporting Clorox’s international business. Prior to joining Clorox, Mr. Jacobsen served in numerous finance and accounting roles at General Motors Corporation. He holds master’s and bachelor’s degrees in finance from the University of Rochester’s Simon School of Management and the University of California, Riverside, respectively. 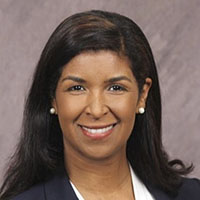 Dr. Kimbrough has served as chief economist at LinkedIn since January 2020. Previously, she served as assistant treasurer at Google, managing director at Bank of America, director of financial stability market monitoring at the Federal Reserve Bank of New York, and an economist at Morgan Stanley. Dr. Kimbrough is a member of the board of directors of Fannie Mae and serves as an advisor to 3×5 Partners. Her other public service includes the Federal Reserve Bank of Chicago’s Academic Advisory Council and the Federal Reserve Bank of New York’s Economic Advisory Panel. She holds a doctorate in economics from the University of Oxford, a master of public policy in international trade from Harvard University, and a bachelor’s degree from Stanford University.

The Bank also announced that Eric L. Kelly, chairman and chief executive officer of Overland-Tandberg in San Ramon, California, has been reappointed to the EAC and will serve as Chair for 2023.

The remaining members of the EAC include:

EAC members provide the Bank’s senior management with information on current and pending developments in the regional and national economies. Members are typically appointed to two-year terms.