Assessing the Accuracy of China’s Economic Rebound from COVID-19 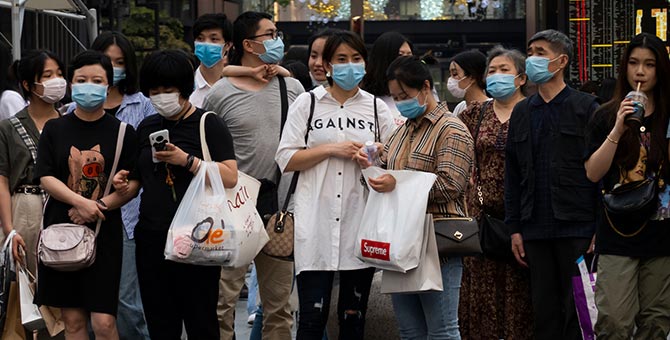 Lockdowns to slow the spread of COVID-19 have taken a toll on economies around the world, and China is no exception. COVID-19 peaked in China in January and February. As a result, economic activity plunged earlier in China than in most other places.

The country reported that real gross domestic product (GDP) in the first quarter of 2020 fell 6.8% compared with a year earlier. More recent numbers suggest that activity rebounded sharply in the second quarter, with reported GDP rising 3.2% from a year earlier.

The San Francisco Fed’s China Cyclical Activity Tracker—China CAT, for short—is one new way we have developed to assess these official economic reports. Our latest update to the index confirms the broad reliability of China’s officially reported growth figures.

Before the onset of COVID-19, China’s official GDP was gradually slowing but remained remarkably high. The financial press has questioned the accuracy of China’s official economic reports in the past. To analyze their accuracy, we developed the China CAT as an alternative way to measure China’s economic fluctuations using non-GDP data (see Fernald, Gerstein, and Spiegel 2019).

The China CAT is an index created by taking the first principal components of eight non-GDP indicators of China’s economic activity, all measured as detrended year-over-year growth. We chose the data we use in the index based on how accurately the combination fit externally reported China trade data over the period 2000 to 2019. We focused on trade data because they move closely with economic activity while being independent of any potential statistical error or manipulation by Chinese authorities.

The indicators in the China CAT comprise a consumer expectations index, electricity, exports, fixed asset investment, floor space, industrial production, rail freight, and retail sales. The green line in Figure 1 shows our main index. For completeness, we also track an “all indicators” index (gold line) using the first principal components of a broader set of 14 indicators (see Fernald, Hsu, and Spiegel 2020). For comparison, we also show China’s official GDP data (dark blue line), as well as the data on Chinese imports based on trading partner data (light blue line), which is immune from manipulation or errors by Chinese authorities.

For the second quarter of 2020, we have made several minor changes in our method for calculating China CAT, which we detail in the downloadable file (Excel, 170 kb) on the data page. Most importantly, we now update the weights on the indicators in real time, rather than keeping them fixed as of 2016. Figure 2 focuses more closely on data updates to official data and our China CAT index since 2017.

Because the China CAT is detrended, we measure its values as the number of standard deviations of year-over-year growth from trend. Hence, by construction, the series has an average of zero and a standard deviation of one.

Detrended values from the China CAT are qualitatively similar to the official reports—indeed, our results are a bit less negative than official data in both the first and second quarters. The China CAT index shows a first-quarter decline of 4.0 standard deviations below trend, with a rebound to only 1.0 standard deviation below trend in the second quarter.

The largest negative drivers of the China CAT index for the second quarter are the consumer expectations index and retail sales, which stood 2.9 and 1.9 standard deviations below trend, respectively. Two of the eight China CAT indicators, electricity and exports, turned slightly positive by 1.0 standard deviation in the second quarter, meaning growth was above trend.

Our updated China CAT index does not suggest any sizeable systematic bias in officially reported Chinese output numbers. Moreover, while Fernald, Hsu, and Spiegel (2020) found that official data appeared to be “excessively smooth” relative to the China CAT over recent years, this is not the case so far in 2020. China’s GDP data for the first two quarters of 2020 show even greater movement than those we calculated with the China CAT. Overall, our results confirm the accuracy of the economic recovery from the COVID-19 pandemic reported in Chinese GDP figures.